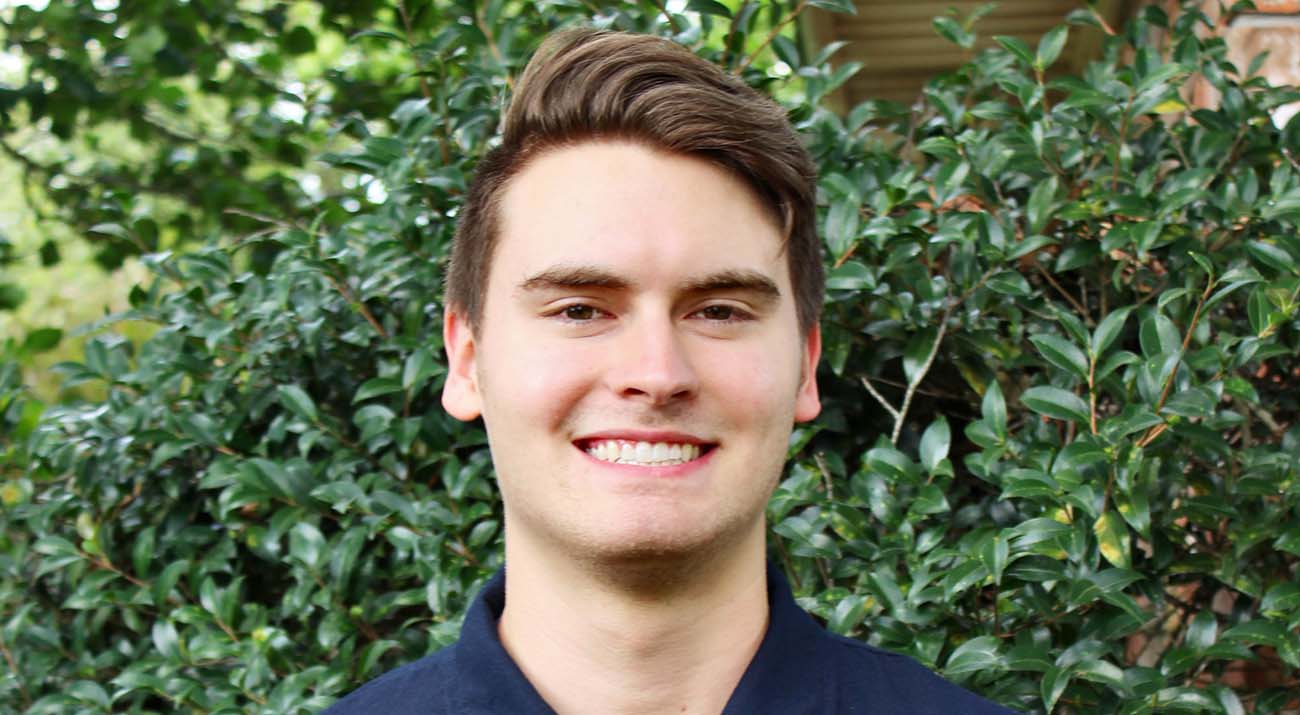 At CITGO, Hacker works in process data, including updating the quarterly reports for units by providing data such as unit outlet and inlet temperatures and the weight percentages of the crude and its components. He also is responsible for updating mass balance of one of the units at CITGO, which involves looking up specification sheets and working with the software PI ProcessBook.

This evaluation has allowed him to go in-depth with collecting and analyzing data over a 20-year period, as well as evaluating circumstances that may affect data quality.

While most of Hacker’s work has been remote due to COVID-19, he has had the opportunity to be on site and see some of the equipment his research affects, including desalter units, furnaces, heat exchangers and distillation columns. He recently had the chance to gear up and climb the side of a fractionation tower.

“I’ve only seen units like heat exchangers and pumps on paper, so it’s surreal going on site and seeing how these big units operate,” he says. “Even with the pandemic the team is still trying to show me as much as possible and get me exposed to all of this so I can see what’s happening in the field. It’s a lot of fun.”

In addition to this extensive experience with research and problem-solving, Hacker has had the opportunity to work within a professional environment as part of a team.

“The Crude and Coke team members really progress and achieve their goals as a group, and the team members really treat you as part of that group from the first day. They don’t put anyone above you from an achievement standard and they work with you and don’t leave anyone behind. It’s a great community.”

Hacker says he was inspired to become a chemical engineer by his father, who is also a chemical engineer. “I like how he approaches and critically thinks through a problem, and I’ve always wanted to be able to think that way. While I was considering where I was going to go to college and what kind of engineer I wanted to be, one of my sister’s friends, who went through the chemical engineering program at McNeese, told me about the community and the coursework and the faculty. I liked what I heard.”

He adds that the support he’s received at McNeese was central to his success at his internship. “Engineering professor Dr. John Griffith has been helpful and available and offered a lot of suggestions. He’s always been there for me ever since I started at McNeese.”

With an upcoming internship with Champion Technology Services this fall, Hacker says that this experience has been helpful professionally and personally, and he’s looking into returning to CITGO in the future.

“After I graduate, I’m looking into getting my MBA, but no matter where I end up, I feel like I’ve already got my foot in the door,” says Hacker.