Jump To
Our Story

McNeese State University was established by the Louisiana Legislature in 1938 and opened its doors for its first fall session on September 11, 1939, with 140 students and just three buildings. The institution was first named the Lake Charles Junior College and was a division of Louisiana State University. The following fall, the school changed its name to John McNeese Junior College to honor John McNeese, a renowned Southwest Louisiana educator and the first superintendent of schools in Imperial Calcasieu Parish. In 1950, McNeese became a four-year college in its own right and came under the authority of the Louisiana Board of Education and would receive accreditation in 1954 by the Southern Association of Colleges and Schools Commission on Colleges. Finally, in 1970, McNeese State University became the official name of the institution.

For over eight decades, the institution has been recognized as one of the finest regional universities in the South. McNeese is a dynamic, student-centric university comprised of students from throughout Louisiana, the United States, and over 50 countries.

McNeese State University is a student-centric university whose mission is to change the lives of students through quality education and to provide services to the employers and communities in its region. McNeese uses a traditional admissions process based on courses completed, grade point average (GPA), and standardized test scores.

McNeese is responsible for serving:

Array of Programs and Services

The Value of an Education at McNeese

For over 80 years, McNeese State University has been trusted and respected as an institution of innovation and academic excellence. Ranked as one of the top public universities in the United States and one of the finest regional universities in the South, our university is also recognized as having one of the best returns on investment for tuition and high average starting salaries for its graduates.

Our low tuition rates, combined with high-quality curricula developed and taught by experienced faculty, plus a thriving on-campus community, mean that students receive a high value education for a fraction of the cost of larger universities. With 34 undergraduate academic programs and 16 graduate programs to choose from, a thriving athletics tradition and vibrant campus life, McNeese offers all the benefits of a large university with a personalized touch.

Our Accolades and Awards
Excellence in Education

McNeese achieved Southern Association of Colleges and Schools Commission on Colleges accreditation in 1954 and maintains its regional accreditation status as a Level V institution authorized to award associate, baccalaureate, master’s, and doctoral degrees and undergraduate, post-baccalaureate, graduate, and post-master’s certificates. We also provide opportunities for continuing education in supporting our values of lifelong learning.

As a member of the University of Louisiana System and a selective admissions institution, McNeese offers programs through the William J. Doré, Sr. School of Graduate Studies and six academic colleges: Agricultural Sciences; Business; Education; Liberal Arts; Nursing and Health Professions; and Science, Engineering, and Mathematics. Many of our colleges and degree programs have been awarded additional accreditation from professional and industry organizations.

Learn More About Our Accreditation
The heart of Lake Charles

Located in Lake Charles, Louisiana, McNeese serves as an economic and workforce development partner for Southwest Louisiana employers. Located in one of the fastest growing areas in the state, McNeese provides well-qualified employees for the local petrochemical, agricultural and hospitality industries, as well as hospitals and public and private schools throughout Southwest Louisiana. Our graduates also go on to successfully start their own businesses, from law offices to veterinary practices. Throughout the U.S. and abroad, McNeese alumni are changing lives and making valuable contributions. Graduates have gone on to become successful CEOs and lawmakers, pioneering doctors and scientists, groundbreaking entertainers and professional athletes, and award-winning artists and authors.

But our impact stretches beyond preparing students to enter the workforce or continue their education as graduate students and doctoral candidates. McNeese, through partnerships with local industry, organizations, and government, provides enrichment opportunities for the Southwest Louisiana community and beyond, including our on-campus radio station KBYS, our cultural Banners at McNeese series, the Kay Doré Counseling Clinic, the McNeese Autism Program, our Heifer Development Program, our summer STEM academy, and our partnership with the Southwest Louisiana Entrepreneurial and Economic Development (SEED) Center.

Meet Our Partners
Office of the president

Welcome to McNeese State University, one of the top regional universities in the South. McNeese was my first choice to earn both a Bachelor of Science degree in accounting and a Master of Business Administration. I have always believed that the people of McNeese are what set this university apart from the rest. I think you will find this to be true as well.

The dedicated faculty of our six colleges and graduate school are world renowned and make lifelong connections with our students. They not only prepare our students to have successful careers, but they also provide mentorship to our students long after graduation.

McNeese is in the heart of Lake Charles. Our graduates are leaders around the world and our nurses, educators, and engineers are the first choice of area hospitals, schools, and refineries. Outside of the classroom, our campus has over 100 student organizations that promote leadership and community service and help improve the lives of those in Southwest Louisiana.

McNeese is the first choice for thousands of new students every year, and we hope to see you on campus soon. 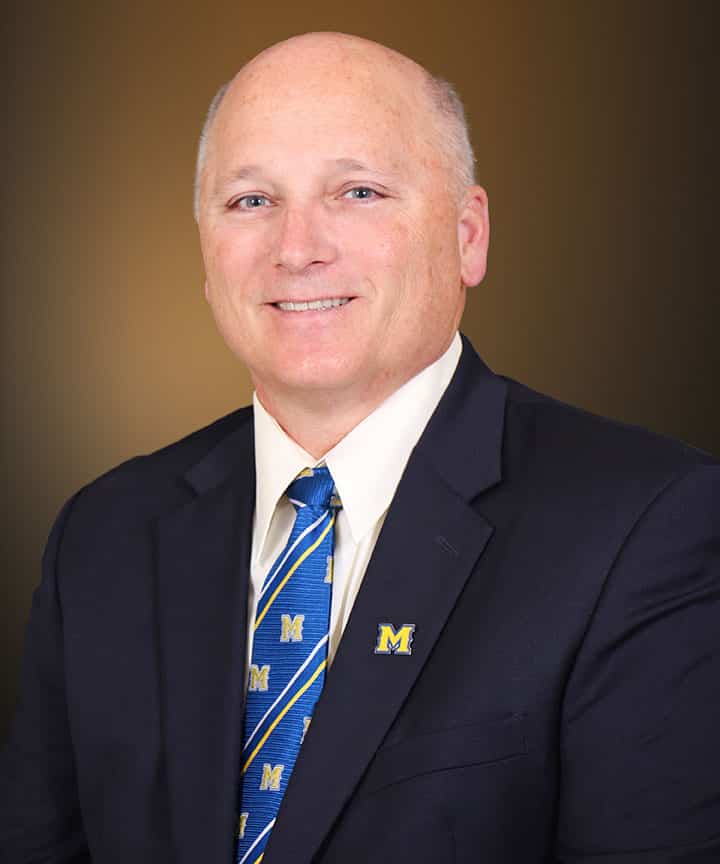