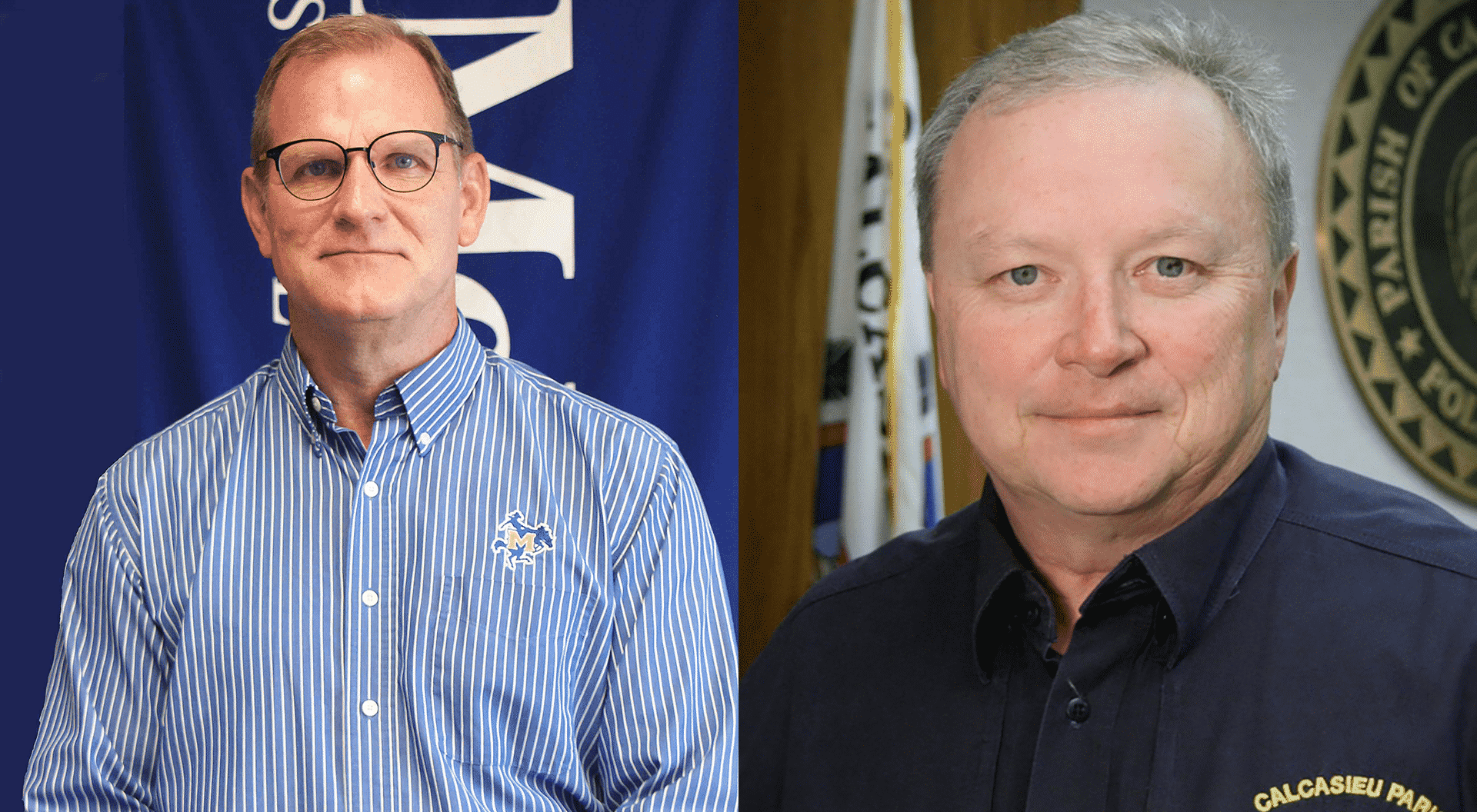 Richard Rhoden, director of facilities and plant operations at McNeese State University, and Dick Gremillion, director of homeland security and emergency preparedness for Calcasieu Parish, will serve as the grand marshals for the 2021 McNeese homecoming parade scheduled to roll down Ryan Street at 7 p.m. Thursday, Oct. 21.

These men played vital leadership roles in the recovery, restoration and rebuilding processes for the McNeese campus and Calcasieu Parish after direct blows from 2020 Hurricanes Laura and Delta, as well as the 2021 February freeze and May floods.

Rhoden, a McNeese graduate, has worked at the university for over 40 years. He is the chief administrative officer responsible for campus planning, transportation, shipping and receiving, building maintenance, energy management, grounds, custodial services and the safety office. Rhoden has successfully obtained funding, managed and overseen to completion countless capital projects valued in the hundreds of millions of dollars.

He also serves as the liaison between numerous state and local community officials and agencies in matters regarding McNeese and its physical facilities and coordinates capital construction projects with the state’s Office of Facility Planning and Control and the Louisiana Board of Supervisors. He is also a member of various campus committees. In his career, Rhoden has been instrumental in McNeese’s recovery from two of the most devastating natural disasters McNeese has experienced in its history – Hurricanes Rita in 2005 and Laura and Delta.

Gremillion, a Northwestern State University graduate, has worked for the Calcasieu Parish Police Jury since 1993. As director, he is responsible for the preparation before an event occurs, the responding and managing of the event and the supporting and rebuilding after the event. His office, which maintains and operates the Emergency Operations Center for use by officials during emergency situations, is a central point for emergency planning at all levels of government and non-government entities within Calcasieu Parish.

He works closely with local emergency organizations including the Southwest Louisiana Mutual Aid Association, Community Awareness and Emergency Response, Local Emergency Planning Committee, the Southwest Louisiana Hurricane Task Force, Louisiana Office of Emergency Preparedness and the American Red Cross. His office is also the central coordinating agency for all outside assistance in emergency situations that include the Federal Emergency Management Agency and the National Response Commission.

He is a Certified Louisiana Emergency Manager and a member of the Louisiana Homeland Security and Emergency Preparedness Director’s Association, as well as several other international, national, state and regional associations, committees and task forces.