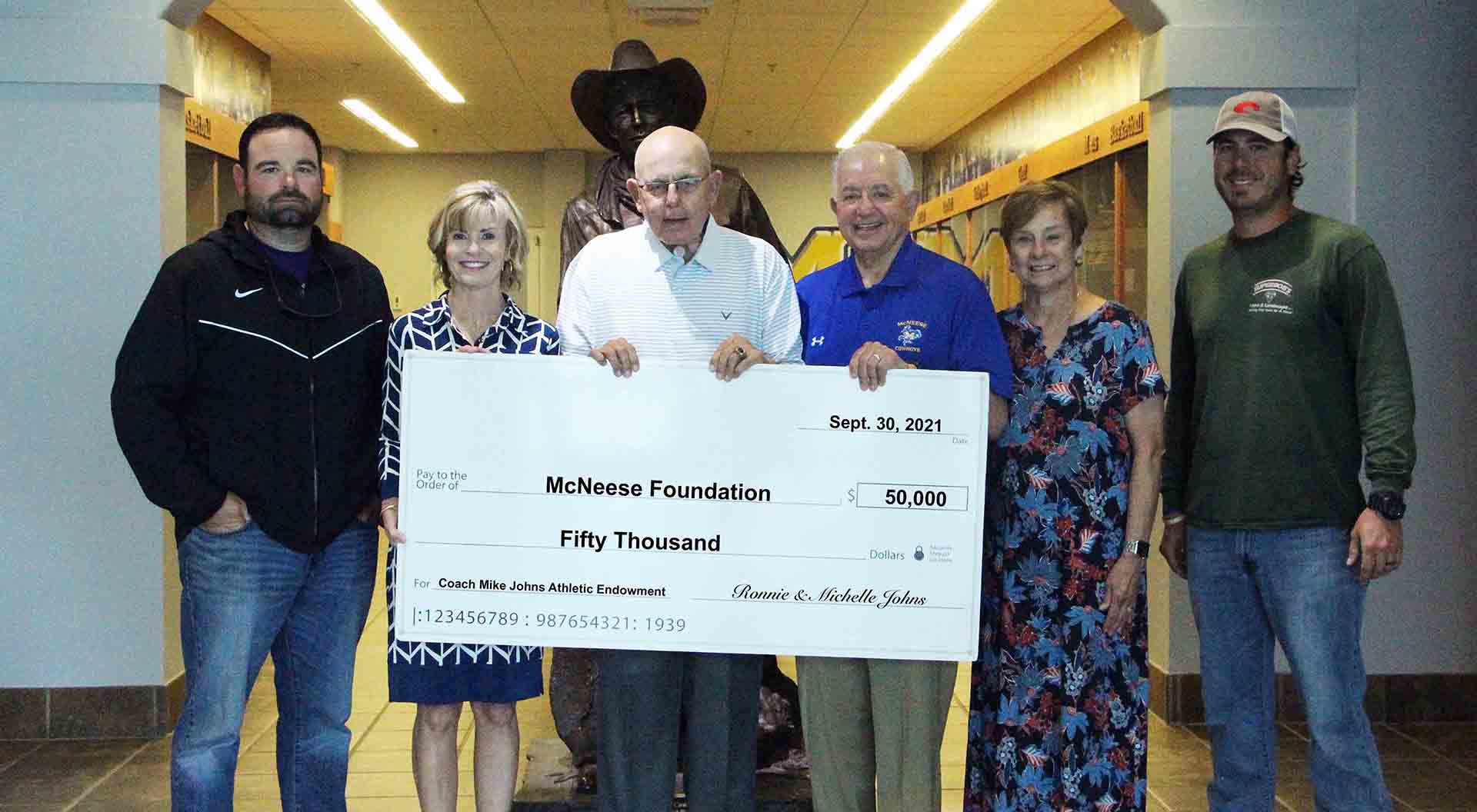 On hand for the presentation are, from left, Mike’s son, Tommy (’05, ’12), Mike’s wife, Barbara (’00), Mike, Ronnie and Michelle, and Mike’s son, Bobby (’11). Not pictured are Bobby’s wife, Dixie, and their daughters Ella, Caroline and Abigail. McNeese Photo

Former state representative and senator and current chair of the Louisiana Gaming Board Ronnie Johns and his wife, Michelle, have donated $50,000 to the McNeese State University Foundation to establish the Coach Mike Johns Athletic Endowment in honor of Ronnie’s brother, Mike, and his distinguished coaching career. Mike earned a bachelor’s degree in health and human performance in 1965 and a master’s degree in administration and supervision in 1966 plus 30 additional hours all at McNeese.

His football coaching career started at LaGrange Junior High School and he then moved over to LaGrange Senior High School, where he spent most of his career. After leaving LaGrange for a short stint at Sam Houston High School, Mike returned to LaGrange as head coach and served in that position for 12 years. He retired from the Calcasieu Parish School District after 35 years of service and then took the head football coaching job at St. Louis High School, where he coached for another 13 years. He served as president of the Louisiana High School Coaches Association and was named the American Press SWLA Coach of the Year in 1994.