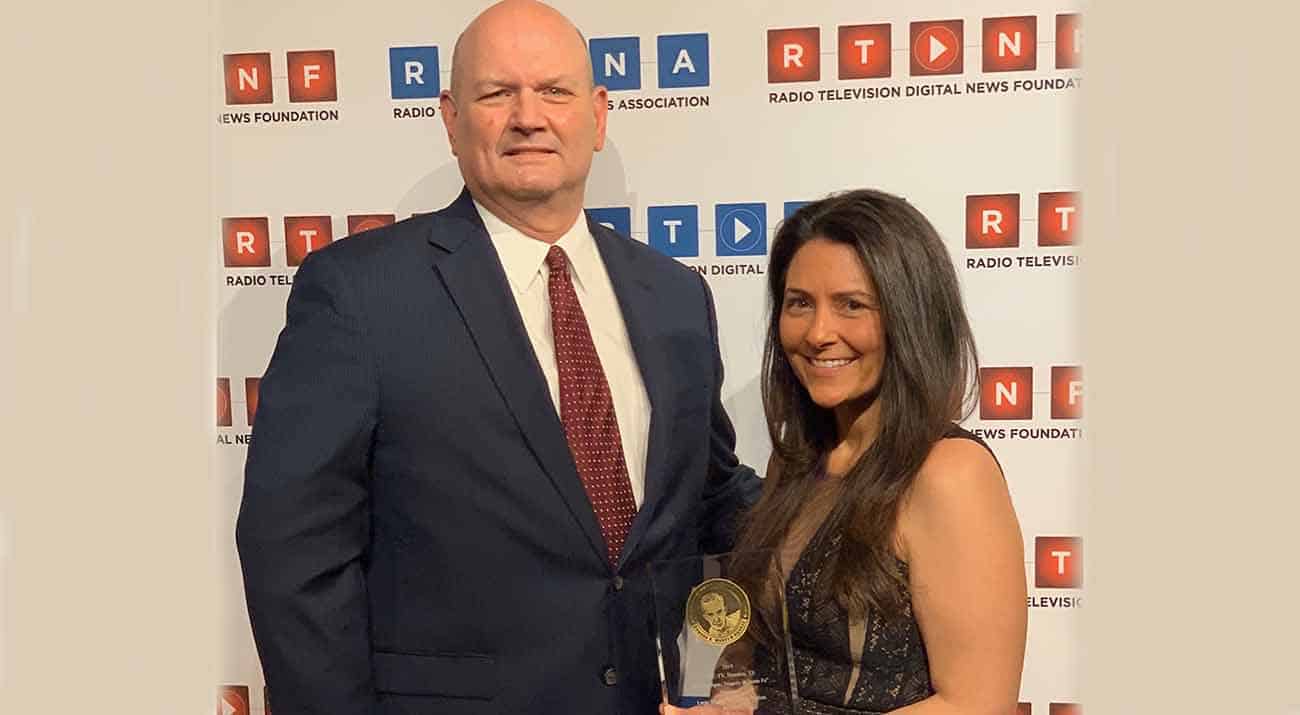 Erica Young, a 1999 mass communication graduate of McNeese State University, has always loved telling stories. For the last 14 years she’s been able to do just that with the NBC affiliate KPRC in Houston, Texas, as a news producer.

While she enjoys every moment of her career, Young has been behind the scenes on some of the toughest news days including the early 2018 school shooting in Santa Fe, Texas.

Young’s role as the producer for the 6 p.m. broadcast that day has been recognized by the Radio Television Digital News Association with a national Edward R. Murrow Award.

“I’m so humbled that my hard work and that of our anchors and the rest of our team have been recognized,” says Young. “This award is all about the compassion and details we were able to bring our viewers. This tragedy is nothing to celebrate, but it’s incredible to know that our peers noticed our effort to bring top tier reporting to our viewers without forgetting how to be sympathetic to those experiencing such a terrible day.”

The broadcast was first submitted for a regional award, which the station won, and then was eligible for the national award.

Now an award-winning producer, Young continues to contribute her success to the training and education she received at McNeese.

“The mentors I had at McNeese like Dr. Carrie Chrisco helped me fall in love with the craft,” explains Young. “Being able to work one-on-one with faculty who have traveled the world telling stories was beyond anything I could have imagined. Plus, having that direct connection to my professors continues to have a huge impact in my career. It’s all about networking.”

Like many students, Young was able to receive hands-on training while completing her degree. She worked with KPLC as a full-time producer all four years at McNeese.

“Just like my professors, I can still reach out to many of the people I worked with at KPLC,” says Young. “To have a relationship with so many incredible professionals has always helped me move forward in my career and all of that can be traced back to McNeese.”

Young hopes future students will consider McNeese because of the opportunity to have a fulfilling college experience while being a part of a close-knit community.

“There is no other institution that offers its students the opportunity to interact with faculty and administration the way they can here. McNeese will support you for the rest of your life,” she says.