Buttross and Doyle Honored for Support 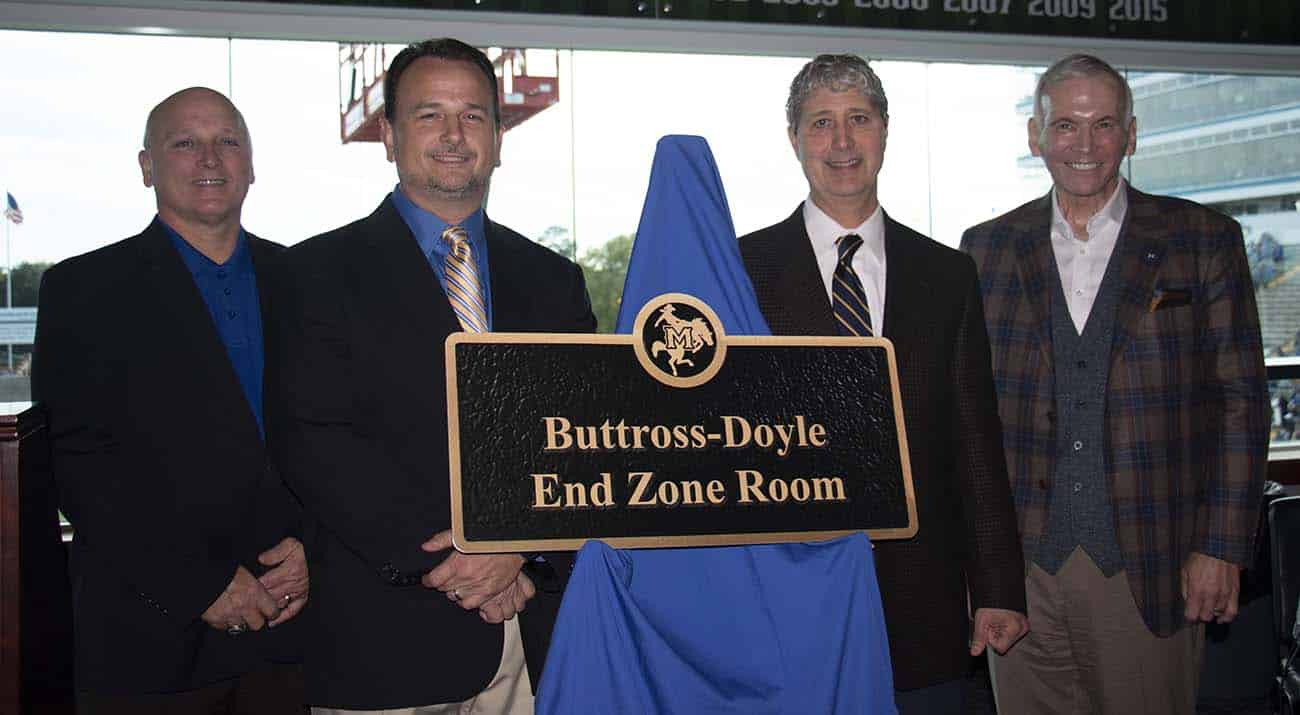 Dr. David Buttross III and Scott Doyle have been honored for their outstanding commitment to McNeese State University athletics with the renaming of the End Zone Room to the Buttross-Doyle End Zone Room.

Dr. Buttross and Scott led the planning and fundraising campaign to renovate and expand the Jack V. Doland Field House that began in 2003 and ended with a grand opening celebration on Sept. 9, 2011.

The $8.25 million project added an additional 30,141 square feet, including a second floor, to the original facility that was built in 1965.  The key features of the expansion included a modern and expanded weight room, team meeting rooms, enlarged football dressing room, ticket office, offices for coaches and administrative staff, academic resource center for all student athlete, and a clubroom with outdoor seating that is known as the End Zone Room. The End Zone Room provides a revenue generating addition to the football stadium complex.

Dr. Buttross is founder and CEO of Lake Area Psychiatry and Neurology. He graduated from the LSU School of Medicine at Shreveport and the University of Texas Health Science Center in Houston, Texas, for psychiatric training. He has been in private practice in Lake Charles since 1996.

Scott is the executive vice president for Wealth Group Design in Houston, Texas, a firm that represents over 2,000 medical doctors and 200 professional athletes.

Dr. Buttross and Scott are both McNeese graduates and members of numerous McNeese clubs and organizations. They have both served as president of the McNeese Quarterback Club.

It is solely because of the vision, dedication, perseverance and personal donations of Dr. Buttross and Scott that the Doland Field House Project became a reality. These two gentlemen exemplify the university’s mission to “Change Lives Through Excellence With a Personal Touch” and its vision of being “First Choice” for student-athletes seeking an outstanding education.