Share on FacebookShare on TwitterShare on LinkedInShare on Email
June 1, 2020 | McNeese Public Relations 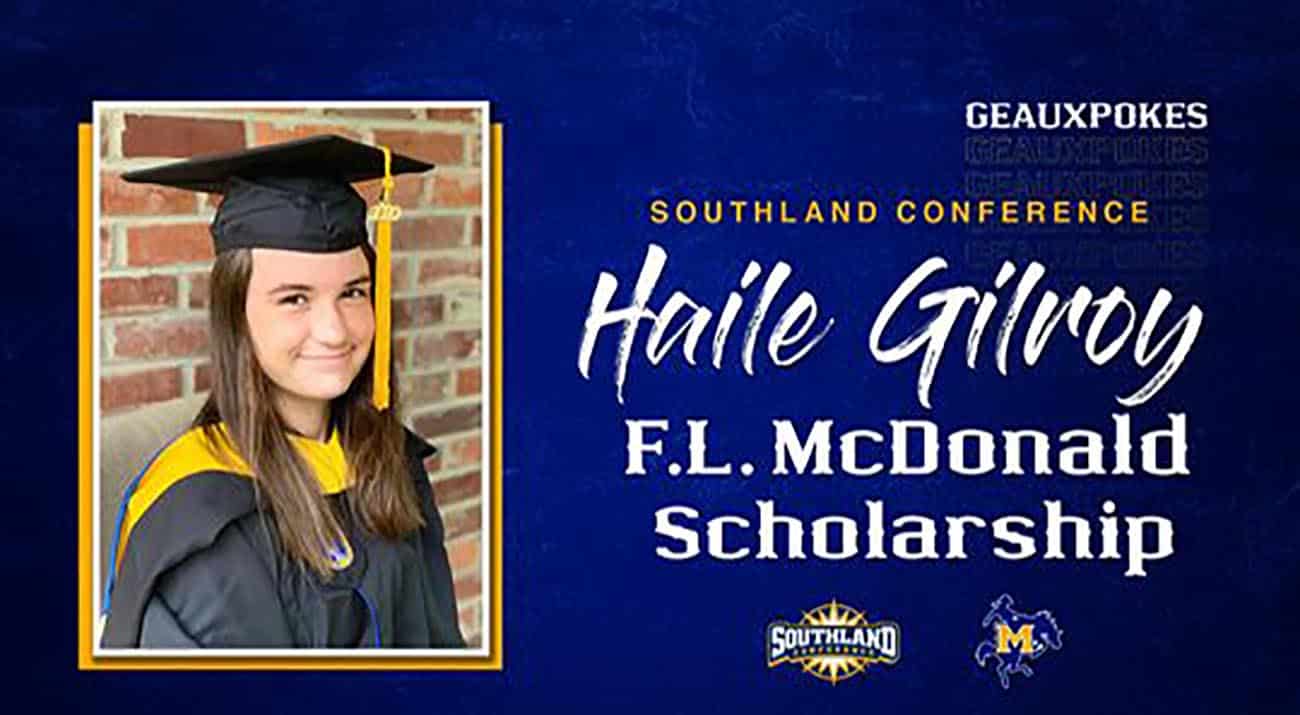 The award was established in 1996 in memory of Dr. F.L. McDonald, a former president of Lamar University and 1999 SLC Hall of Honor inductee. McDonald was serving as Lamar’s president in 1963 when the Southland Conference was established. He is considered one of the league’s founding fathers.

Gilroy boasted a perfect 4.0 GPA as she earned both her undergraduate and graduate degrees in mathematics during her four years as a cross country and track and field student-athlete at McNeese, where she is coached by her father, Brendon Gilroy. She plans to attend Auburn University to obtain her doctorate in mathematics.

In addition to her competitive skills, Gilroy put her mathematical talents to good use analyzing team data in areas such as time management, sleep patterns and study habits. This information was presented at team meetings to help maximize performance in all areas. She was also able to tutor her teammates in math.

After spending a year as a teacher’s assistant, she taught her own classes in fall 2019 and spring 2020 within the mathematics department. She is a member of the Mathematical Association of America and the Pi Mu Epsilon Honorary National Mathematics Society. She worked with prospective students in the department of mathematical sciences and graded MathCounts exams for a middle school competition the past four years.

After earning her doctorate, she hopes to teach at a university like McNeese that values teaching and researching equally. With her perspective as a student-athlete, she hopes to help build cooperative relationships between academic and athletic departments once she becomes a professor.

This is the second-consecutive year a McNeese student-athlete has received the award. Bryan King was the male recipient in 2019.

Gilroy was chosen from a pool of more than 15 fellow classmates and graduated student-athletes. Applicants must have at least a 3.75 GPA and have lettered at least two seasons at the nominating institution. Each recipient must enroll in a full-time graduate program within one year of receiving the award.