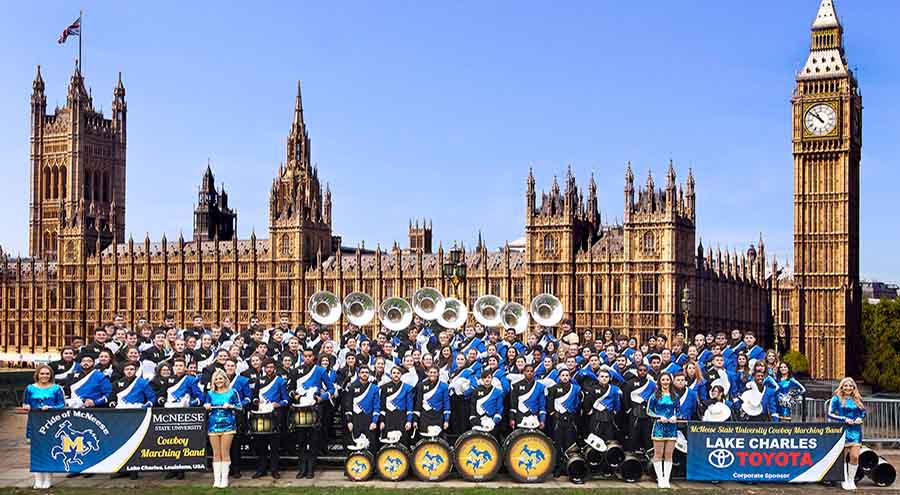 The CBDNA Southern Division, which includes universities from 11 states, invites performance applications every other year and selects finalists through a juried selection process, with a panel of college band directors acting as judges.

“To be chosen through a juried selection process is in itself a major accomplishment,” said Jay N. Jacobs, director of bands at McNeese. “This type of recognition puts our university and our band programs on the national stage.”

The Pride of McNeese Marching Band was on the international stage recently as the band led the 2018 London New Year’s Day Parade as one of only two university marching bands from the United States invited to perform in this prestigious event.

McNeese submitted one of its four 2017 shows titled “Dangerous.” The show included arrangements of Michael Jackson’s “Dangerous,” “Smooth Criminal,” “I Just Can’t Stop Loving You” and “Leave Me Alone.”