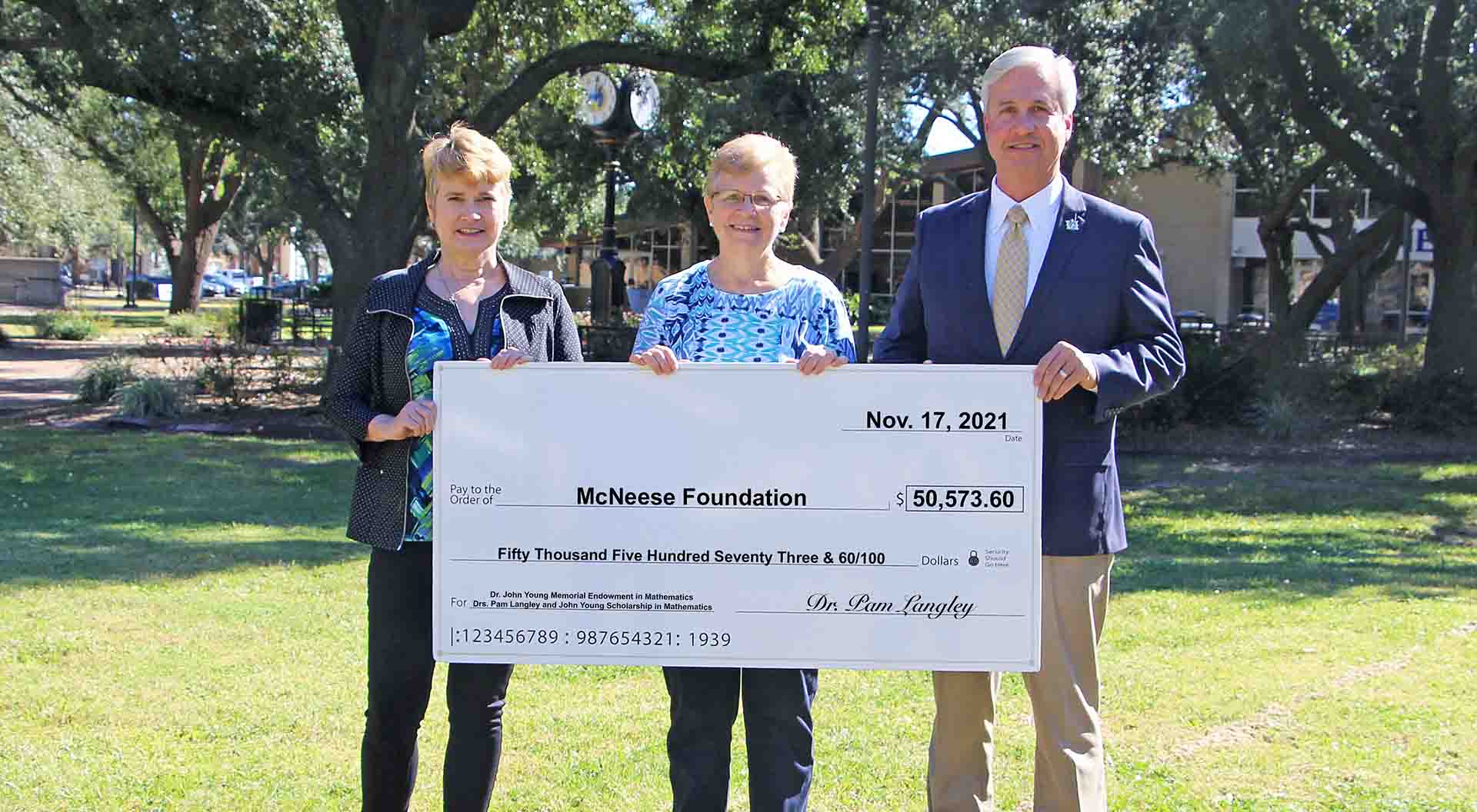 On hand for the donation are, from left, Karen Aucoin, head of the Mathematical Sciences Department, Langley and Dr. Wade Rousse, vice president for university advancement.

Dr. Pam Langley has donated $50,573.60 to the McNeese Foundation to establish the Dr. John Young Memorial Endowment in Mathematics and the Drs. Pam Langley and John Young Scholarship in Mathematics. Langley received both a Bachelor of Science degree in secondary education in 1979 and a Master of Science degree in mathematics in 1981 from McNeese. She earned her doctorate from Louisiana State University and joined the mathematics faculty in 1982. Young, Langley’s husband, received his bachelor’s and master’s degrees from Northwestern State University (formally Northwestern State College) and his doctorate degree from Southern Methodist University. He taught statistics in the McNeese Mathematical Sciences Department for over 40 years. They both retired in 2007. Young received the Distinguished Faculty Award in 1988 and was recognized posthumously as Professor Emeritus in 2019.