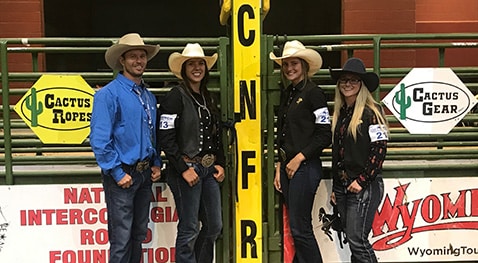 Mia Manzanares, of Opelousas, is now the two-time women’s all-around champion and is the co-winner of goat tying championship, as she and Beau Peterson from Panhandle State University tied for first place. Manzanares, together with team members Kati Murphy, Ashleigh Young and Grace Hanley won the women’s team championship for the second year in a row.

“This year’s finals were very competitive, but the women’s team came together and once again won the national championship,” says McNeese rodeo coach Justin Browning. “I’m proud of all of our student-athletes and their performances at this year’s competition.”

McNeese intercollegiate rodeo began in 1947 and this is the 28thconsecutive year that McNeese has sent students to the national championship finals.