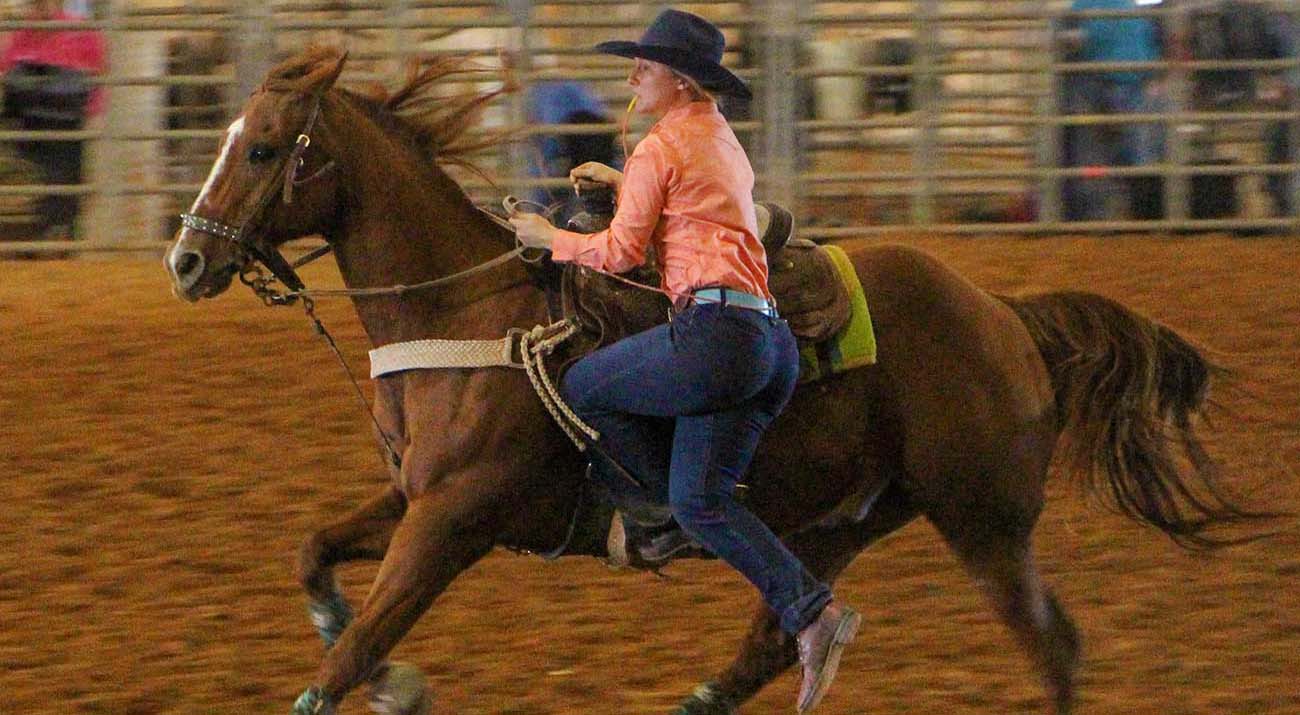 McNeese State University men’s and women’s rodeo teams enter the spring 2020 season both ranked in the top 10 nationally by the National Intercollegiate Rodeo Association after competing in five rodeos in the fall.

For the women’s team, Ashleigh Young, Mansfield, Texas, is ranked No. 5 in goat tying while teammate Elizabeth Broussard, Estherwood, is ranked No. 7 in barrel racing.

Five rodeo competitions are scheduled for the spring season. Currently,both men’s and women’s team are ranked first in the Southern Region’s rankings.

In breakaway roping, Kamryn Duncan,Denham Springs, is ranked No. 5 while Kaylee Cormier, Iowa, is tied for No. 9.

McNeese intercollegiate rodeo began in 1947 and for 28consecutive years McNeese has sent students to the national championship finals. The first rodeo of the spring season is Feb. 7-8 at Trinity Valley Community College in Athens, Texas.