Share on FacebookShare on TwitterShare on LinkedInShare on Email
October 9, 2019 | McNeese Public Relations 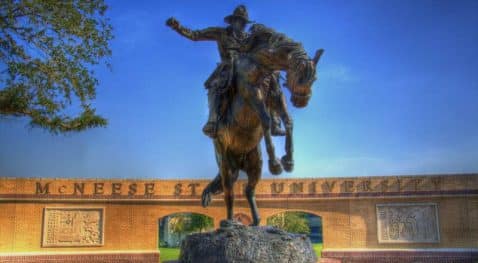 Prior to arriving at McNeese, he served as assistant director of bands at the University of South Carolina, where he also was a music education instructor.

Eaddy is an active drill writer, arranger, adjudicator and clinician.

Heather was also profiled in the September issue of Country Roads Magazine, a publication that is widely distributed in Louisiana, Mississippi and along the Gulf Coast.

The McNeese Foundation received a $2,500 donation from World of Colorz for supplies for visual arts students. The money was raised through the organization’s annual auto, bike and art show at the Lake Charles Civic Center.