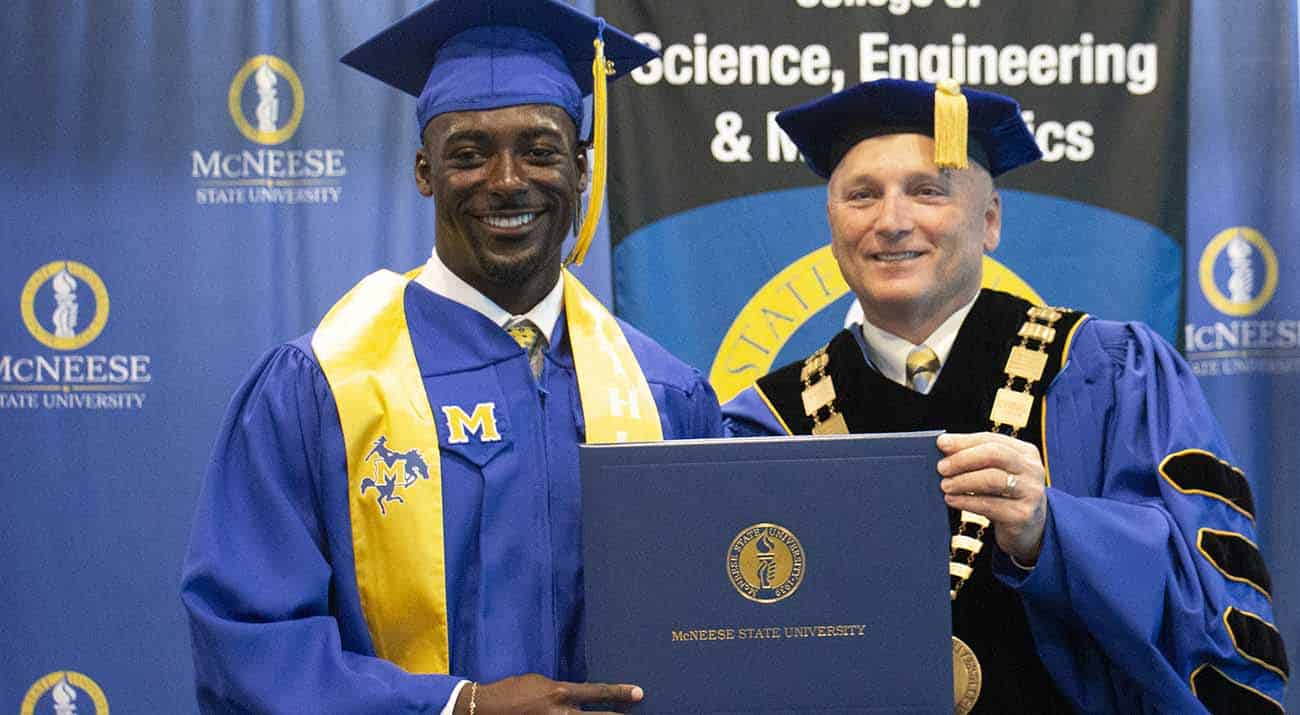 While traditional commencement ceremonies for McNeese State University were held May 14 and May 15, a special ceremony was held May 17 for student-athletes who were competing in various Southland Conference tournaments.

One of those graduates is Marcellus Boykins, , who is a decathlon student-athlete on the men’s track and field team and who now has earned his Bachelor of Arts in liberal studies with a concentration in applied and natural sciences. He did all of this while obtaining his pilot’s license.

“I’ve always had an interest in aviation,” says Boykins. “I come from a military family, originally from Fort Hood, Texas, and we moved several times. I was always fascinated by aircraft.”

McNeese was his first choice for college. His mom, Aquillia Vang is a 2011 nursing graduate of McNeese who moved back to Southwest Louisiana when his dad, Neng, was on military deployment. Not long after arriving, Boykins attended a local air show where he made the decision to begin his flight training.

“I immediately began studying and gaining flight hours towards my license,” he explains. “I completed the written exam in April of last year and then completed the oral and practical flight tests in October 2020 at Lafayette Regional Airport.”

Boykins is licensed to fly single-engine aircrafts to all 50 states and some U.S. territories. He also works behind the scenes at Lake Charles Regional Airport as a line service technician.

“I’m the person refueling the plane and conducting any maintenance before you take off to your destination,” says Boykins.

Throughout his flight training, academics track and field competitions and full-time job, Boykins credits McNeese for preparing him to reach his professional goals

“Our academic advisers in the athletics department are great mentors,” he says. “They help us build resumes and cover letters and work with us on networking and communications skills. Athletics is so much more than sports. My coaches and the athletics staff here at McNeese have had an impact on me both as a student-athlete and an individual and I am thankful.”

Boykins is applying to the U.S. Air Force Reserve to continue his flight training and ultimately plans to fly commercial aircraft.