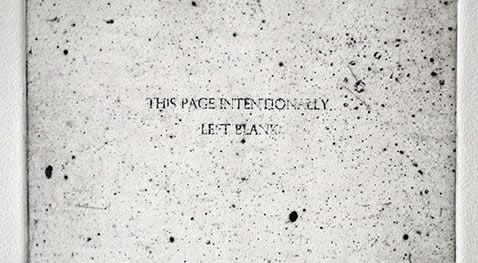 Heather Ryan Kelley, a McNeese art professor, has had a print titled “Tabula Rasa” included as a part of two national juried exhibitions – The Boston Printmakers North American Print Biennial at the Lunder Arts Center at Lesley University College of Arts and Design in Cambridge, Massachusetts, and the 2018 Delta National Exhibition at the Bradbury Art Museum at Arkansas State University. She printed the etching in conjunction with the McNeese Department of Visual Arts Printmaking Extravaganza last spring.

Rita Costello, associate professor of English at McNeese, presented her paper, “Resistance Pedagogy: Toward Digital Solutions in a Text Bound Field,” at the recent Society for Comparative Literature and the Arts conference at Johns Hopkins University.

Also at the conference, McNeese students, Emily Burleigh, Miya January and Tammy York presented a panel titled “The Battle of Freedom of Speech on College Campuses in a Digital Age.”

At the recent South Central Modern Language Association conference, Costello organized a panel on graphic texts and visual rhetoric and also made a presentation titled “The Alchemical Image: Transmogrification of Visual Texts to Benefit Composition Skills.” She also gave the keynote address on “Independence on a Shoestring in the Age of Assessment” at the Louisiana Association of College Composition, and she was also on a panel titled “Where Text and Image Meet” at the National Book Awards Festival at Sam Houston State University.