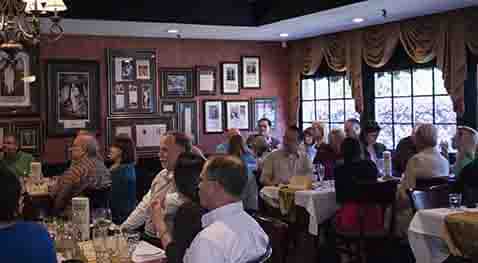 A fundraiser for the Dr. Robert Forrest History Scholarship at McNeese State University was recently hosted by Lake Charles Mayor Nic Hunter at the Harlequin Restaurant.

The event included a silent auction, brunch and a historical trivia competition among 17 teams and raised $16,000 for the endowed scholarship. Hunter, a McNeese history graduate, created the scholarship through the McNeese Foundation in 2012.

In 2016, on the 60th anniversary of the Harlequin Restaurant, he held the first fundraiser to support the McNeese History Department and academic scholarships.

During that event, Hunter announced that the scholarship would be renamed after McNeese history professor Dr. Robert Forrest, who had a profound impact on him during his time as a student.

Four McNeese students have been recipients of the scholarship.