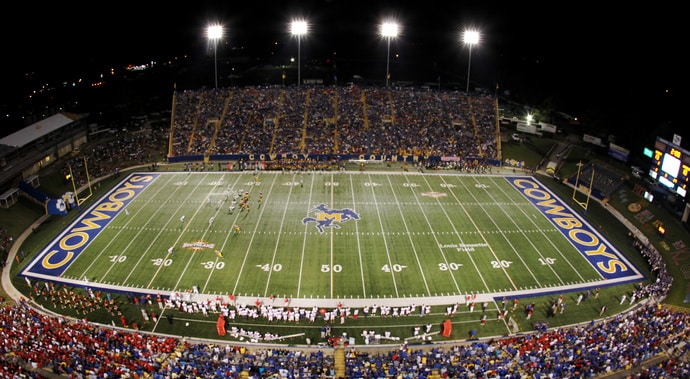 Cowboy Stadium, or “The Hole,” has been named one of the top 10 best football stadiums in the Football Championship Subdivision by fans in a recent poll conducted by the NCAA.

The NCAA asked fans via Twitter and Facebook to fill in the blank on what stadium they believe to be the best in FCS.

Cowboy Stadium was constructed in 1965 and has become known as “The Hole” because of its unique design and layout. Throughout its 52-year history, the stadium has hosted a number of NFL standout players and been home to 14 unbeaten regular seasons for the Cowboys. Since the 2000 season, the Cowboys have compiled a 75-24 (.758) record in the stadium.

To see the full list of top 10 stadiums, go to ncaa.com.