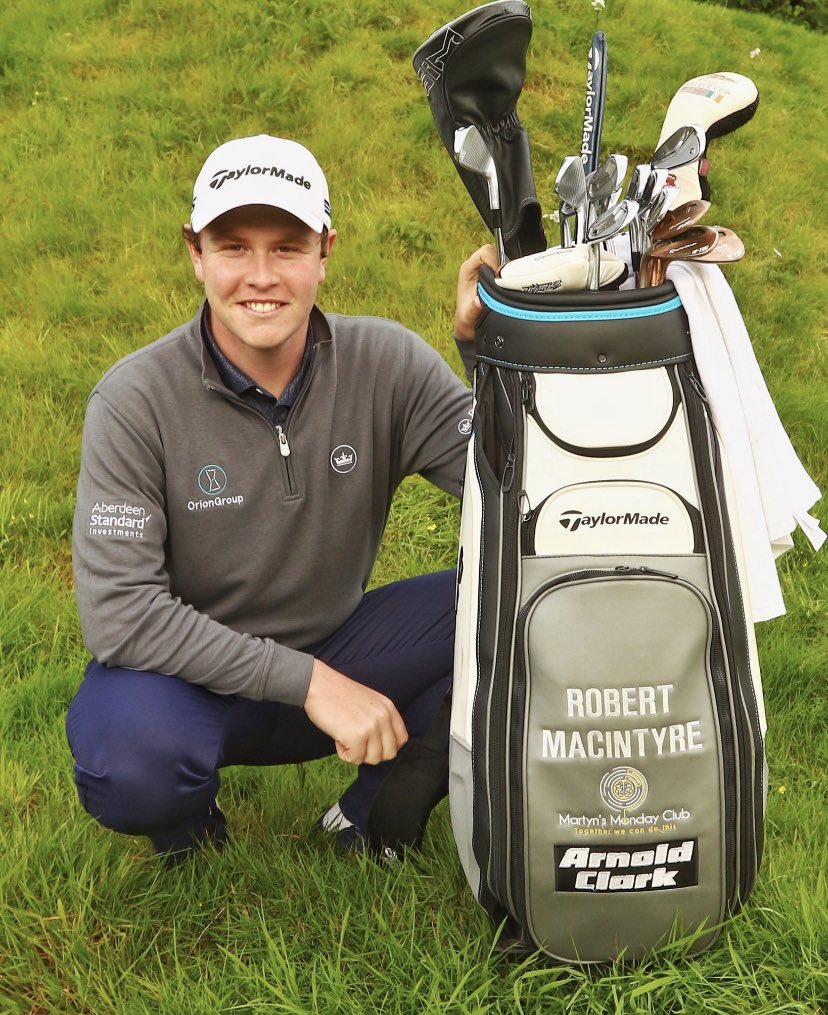 Bob MacIntyre, a former Cowboy golfer at McNeese State University who has since rocketed to the top of the world of professional golfing, has donated $35,000 to the university’s Hurricane Laura Relief Fund after a strong showing at the U.S. Open.

MacIntyre attended McNeese on a men’s golf scholarship from 2014-15, winning both the Louisiana Freshman and Southland Conference Freshman of the Year awards in golf and helping the team secure a second-place win at the 2015 SLC Golf championships. Originally from Oban, Scotland, he says attending McNeese was a life-changing experience.

“I loved my time at McNeese. It was the first time I had lived away from home and it helped teach me to fend for myself. I made so many friends that will last a lifetime,” he says.

Currently the leading Scotsman in the Official World Golf Ranking, MacIntyre says that he is still in contact with friends from McNeese and heard firsthand about the destruction Hurricane Laura brought to Southwest Louisiana and the campus he once called home. Heading into his first-ever U.S. Open at the Winged Foot West Course in Mamaroneck, New York, MacIntyre says that he saw an opportunity to give back, both financially and by raising awareness.

“I realized that I had to do something to help if I could, so I approached the people who support me professionally and we all came up with a plan to do something impactful.”

MacIntyre pledged that he, with the support of his sponsors Orion Group, Aberdeen Standard Investments and Arnold Clark, would donate $3,500 for every birdie or better he made at the open to McNeese’s Hurricane Laura Relief Fund. After making the Open’s weekend cut, MacIntyre went on to raise $35,000 for the fund and tie for 56th place at the Open.

“It was my first U.S. Open, so it was still very much a learning exercise,” he says. “It was a bit strange given the rules we are all working under at the moment, but I know one thing that was clear: it was difficult! Still, I made the cut and had some success, and I’m looking forward to the future.”

What’s next, personally and professionally, for this former Cowboy?

“Like everybody else, the future is a little difficult to predict,” he says. “But all I can do is keep my head down and keep playing. It is likely now that I will play on the European Tour over the winter and then, possibly and hopefully, be back in the U.S. next year.”