Share on FacebookShare on TwitterShare on LinkedInShare on Email
April 1, 2021 | McNeese Public Relations 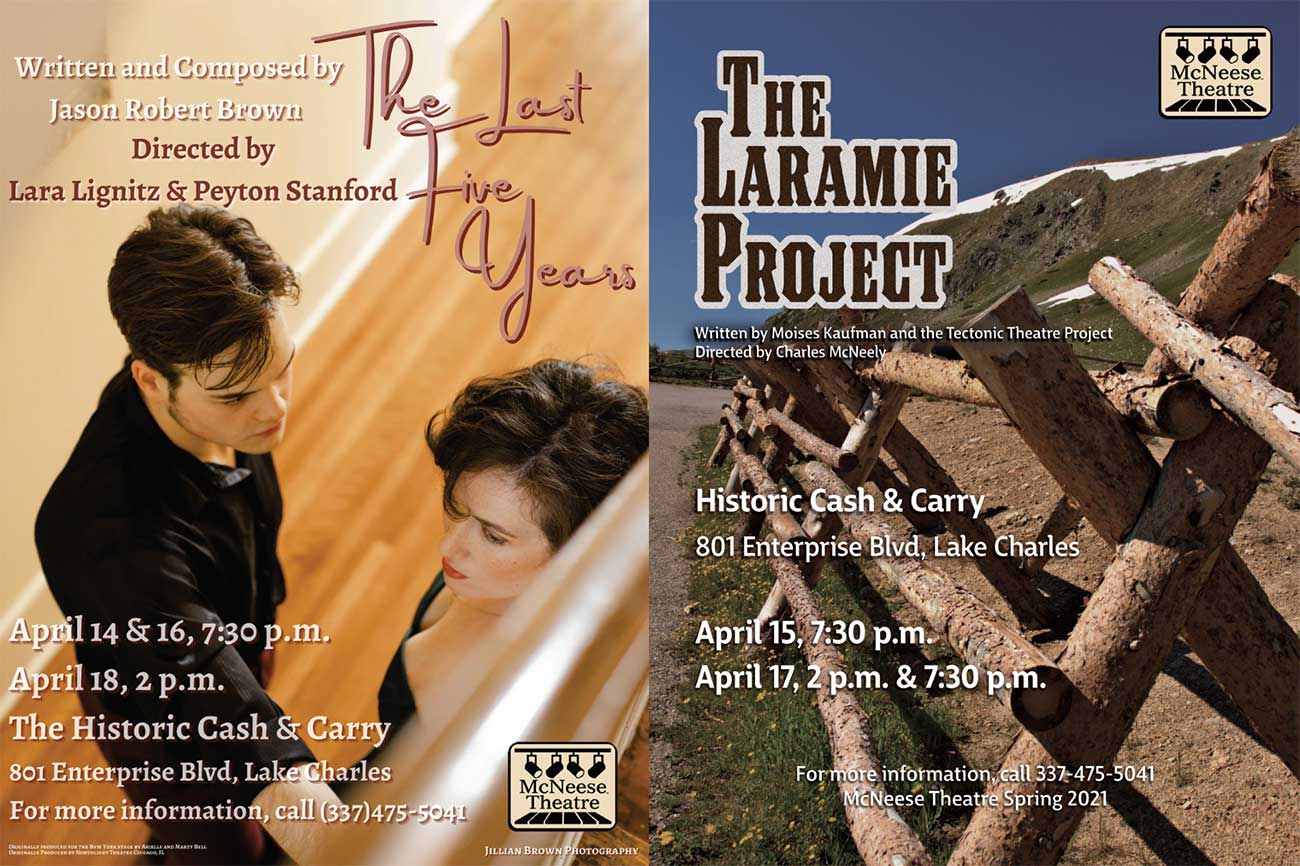 Associate Professor of Theatre Arts Charles McNeely says that the two plays will be the first theatre productions in Lake Charles since the start of the COVID-19 pandemic.

“As for everyone, the last year has been a difficult one,” says McNeely. “We were a week and a half away from production when the first shutdown happened. Then, in August, we were back in school for a week before Laura hit, which took out all of our plans for the fall. After a year of setbacks, we’re extremely excited to bring live theatre back to the Lake Charles community. Both of these productions are extremely powerful and feature both former cast members and students who are taking the stage for the first time.”

“Both of our theatres are currently still undergoing repairs, and the Empire of the Seed has been extremely generous in allowing us to use the historic Cash & Carry,” McNeely says. “The amount of support we’ve received from the community, and from McNeese – from the W.A. and Dorothy Hanna Department of Performing Arts and from College of Liberal Arts Dean Michael Buckles, as well as from McNeese President Dr. Daryl Burckel – have been a blessing. We wouldn’t have been able to do this alone.

“I’m so impressed with our students,” he adds. “They have overcome so many obstacles and we couldn’t be more proud of them.”