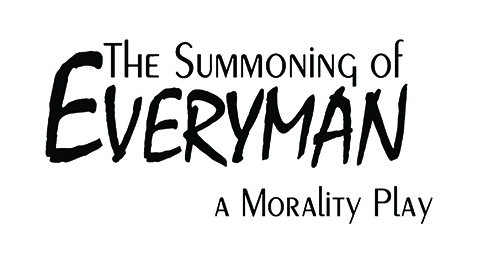 McNeese State University’s W.A. and Dorothy Hanna Department of Performing Arts opens the 79th McNeese Theatre season with the fall production of “The Summoning of Everyman” at 7:30 p.m. Oct. 24-27 and 2 p.m. Oct. 28 in Tritico Theatre.

Written by an unknown author in England during the 1400s, “The Summoning of Everyman” (commonly known as “Everyman”) is a Medieval morality play. Like other plays of the era, “Everyman” uses allegorical characters representing abstract concepts like Good Deeds, Knowledge and Material Possessions to consider what humanity must do to attain salvation.

The play is the accounting of the life of Everyman, whose good and evil deeds are to be tallied by God after his death. While Everyman tries to convince other characters to accompany him to judgment in the hope of improving his standing, Everyman increasingly finds himself alone, despite all the personified characters that were supposed to be his support and friends. Who will stand with Everyman as he faces judgment day?

Ticket prices are $15 for adults, $10 for McNeese faculty/staff, senior citizens, teachers and youth, and free for McNeese students with a current ID. For tickets or more information, call 337-475-5040 or go online at www.mcneese.edu/performingartsboxoffice.