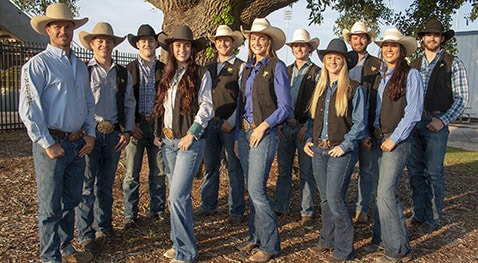 Contestants compete all year in one of the National Intercollegiate Rodeo Association’s 11 regions for a chance to rope or ride at the CNFR. McNeese competes in the southern region where the women’s team is ranked No. 1 and the men’s team is No. 2.

Manzanares returns for her fourth straight year and is the reigning champion in her two events as well as last year’s All-Around Cowgirl. She also led the women’s team to its first national championship.

Soileau returns for his third appearance at nationals while Sanford is making his second trip.

McNeese intercollegiate rodeo began in 1947 and this is the 28th consecutive year that McNeese has sent students to the national championship finals.