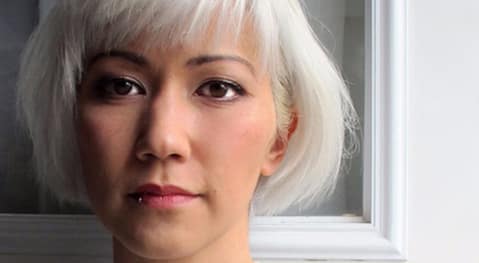 Nationally acclaimed award-winning composer Melissa Dunphy will be in residence April 19-20 with the McNeese State University W.A. and Dorothy Hanna Department of Performing Arts. Her works will be featured in free public recitals on those dates at 7 p.m at First United Methodist Church in Lake Charles (corner of Kirkman and Broad streets).

Dunphy, an Australian native who moved to the United States in 2003, specializes in political and theatrical music. She first came to national attention in 2009 when her large-scale choral work the “Gonzales Cantata,” which she composed while still an undergraduate at West Chester University, was featured in The Wall Street Journal, The Atlantic, Harper’s Magazine, National Review, Comedy Central and on MSNBC’s “The Rachel Maddow Show.”

In addition to her concert and choral music, Dunphy has also composed frequently for Philadelphia-area theatres such as People’s Light, the Philadelphia Shakespeare Theatre and Gas and Electric Arts. Since 2014, she has been the music director for the Eugene O’Neill Theater Center National Puppetry Conference.

On Thursday, April 19, Carol Lines, soprano, and Lina Morita, piano, will perform Dunphy’s song cycle, “Tesla’s Pigeon, ” which explores the love between a white dove and Serbian-American scientist and inventor Nikola Tesla, who lived out his twilight years having metaphorically wrecked himself on Manhattan Island, bankrupted and broken by a public relations war with Thomas Edison.

“A staunch believer in the connection between his genius and sexual abstinence, Tesla shunned women, choosing instead to feed and care for street pigeons in his hotel room at the New Yorker. He became enamored with a white dove and believed it to have mystical powers and was distraught when the dove died, according to Dunphy. “ ‘Tesla’s Pigeon’ is sung from the dove’s perspective in its final moments and explores parallels between the relationship between Tesla and his pigeon, and Prospero and Ariel in Shakespeare’s ‘The Tempest.’ ”

McNeese electrical engineering major Erin Bryson will present a short lecture on Tesla and the composer will talk about her conception of the work, followed by the performance by Lines and Morita.  The song cycle was recognized with a Spirit of Tesla award by the Tesla Science Foundation and awarded first place in the 2012 National Association of Teachers of Singing Art Song Composition Award and received the American Prize for composition.

On Friday, April 20, several performing arts students will present works written by Dunphy, including the premiere of a new song cycle commissioned for this event, and four a cappella choral works will be presented by the McNeese Chamber Singers and the McNeese Women’s Ensemble under the direction of Darryl Jones.

The Dunphy residency is made possible by a Juliet Hardtner Women in Arts and Humanities Professorship awarded through the McNeese Foundation.