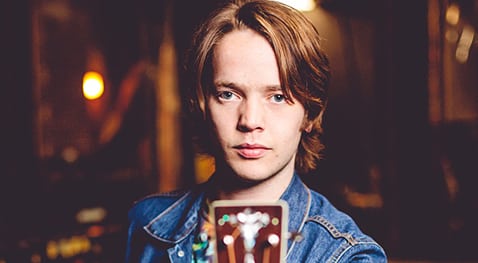 Named
a “Top 10 New Country Artist” by Rolling Stone, the 26-year-old guitarist and
his band made their debut appearance at the venerated Grand Ole Opry a week
before his performance here in Lake Charles.

After
releasing their latest album “Turmoil & Tinfoil” in 2017, Billy and the
boys have burned up the road playing hundreds of dates a year, heavy on the
festival circuit, and bringing an exciting, youthful energy to bluegrass music
while also honoring its highly respected traditions.

Strings
picked up his love for music from his father, a bluegrass musician who worked around
their home region of central Michigan, and he honed his performance chops as a
young guitarist with heavy rock bands.

Joining
him on stage will be Billy Failing on banjo, Royal Masat on bass and Jarrod
Walker on mandolin.

Tickets
are $20 for adults, $5 for students under 18 and free for McNeese and Sowela
students with current IDs.

Banners
is supported by ticket sales, memberships, corporate sponsors and grants. For
more information about the program or to get your tickets, visit the Banners
website at www.banners.org or call the Banners office at 337-475-5123.