Share on FacebookShare on TwitterShare on LinkedInShare on Email
February 28, 2019 | McNeese Public Relations 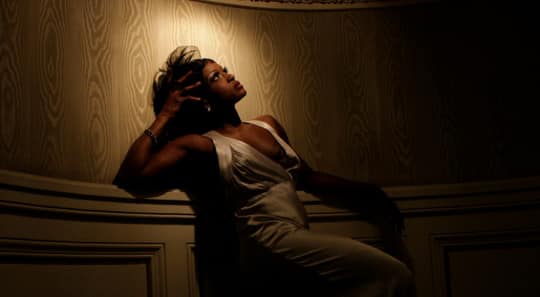 The Banners at McNeese State University arts and heritage cultural
season will kick off with a tour de force production of “Josephine: A Burlesque Cabaret Dream Play”at 7 p.m. Friday, March 8, in Tritico Theatre.

“Josephine”is a one-woman biographical musical
that combines cabaret, theatre and dance to tell the story of the iconic
Josephine Baker, the first African-American international superstar and one of
the most remarkable figures of the 20th century. The show was nominated for a
2018 AUDELCO Award for Outstanding Solo Performance for its limited
off-Broadway run and has won six “Best of Fest” and six
“Outstanding Performance” awards across North America.

Before Etta, Tina, Billie or Beyonce, there was Josephine Baker. Josephine
began as a busker on the streets of St. Louis where she worked her way up
through chorus lines and backstage costume jobs on the black vaudeville circuit
to headlining some of the most famous venues on the globe.

She was a dancer, a pilot, a singer and a spy who worked with the
French Resistance and allies during Hitler’s invasion. Baker went from walking
barefoot in the filthy slums of Chicago to walking cheetahs with diamond
collars on the streets of Paris.

Baker is also famous for dedicating her life to champion civil rights. She was the only woman to speak during Martin Luther King Jr.’s march on Washington, D.C., famously saying, “I have walked into the palaces of kings and queens and into the houses of presidents. But I could not walk into a hotel in America and get a cup of coffee…”

Throughout her career, Baker made waves as she boldly refused to perform for segregated audiences. She was a great believer in the power of art and the idea of universal brotherhood, and her legacy will be honored with this one-time performance, featuring Tymisha Harris as Josephine Baker, accompanied by composer Tod Kimbro, along with a host of talented local musicians including Jay Ecker, Ty Ellender and Tim McMillan.

Seating is limited, so secure your spot now before it is too late!
Tickets are $20 for adults, $5 for students
under 18 and free for McNeese and Sowela students with current IDs.

Banners is supported by ticket sales, memberships, corporate sponsors, and grants. For more information about the program or to get your tickets, visit the Banners website at www.banners.org or call the Banners office at 337-475-5123.