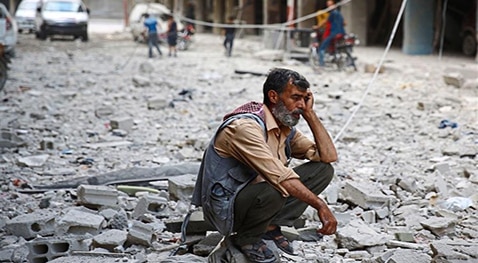 A free public screening of the 2017 documentary film, “Hell on Earth: The Fall of Syria and the Rise of ISIS,” will be presented at 3 p.m. Saturday, April 14, in the Stokes Auditorium in McNeese State University’s Hardtner Hall as part of the 2018 Banners at McNeese season.

The R-rated film chronicles Syria’s descent into unbridled chaos and the rise of ISIS. This film is a gripping, insightful work that captures the Syrian War’s harrowing carnage, political and social consequences and, most importantly, its human toll.

The New Yorker called the 2017 film an “extraordinary…documentary” that “dramatizes the destruction of a society from within that society.” The magazine also wrote that watching the movie “is not an easy experience.”

Banners is supported by ticket sales, memberships, corporate sponsors and grants. For more information about the program or tickets, visit the Banners website at www.banners.org or call the Banners office at 337-475-5123.