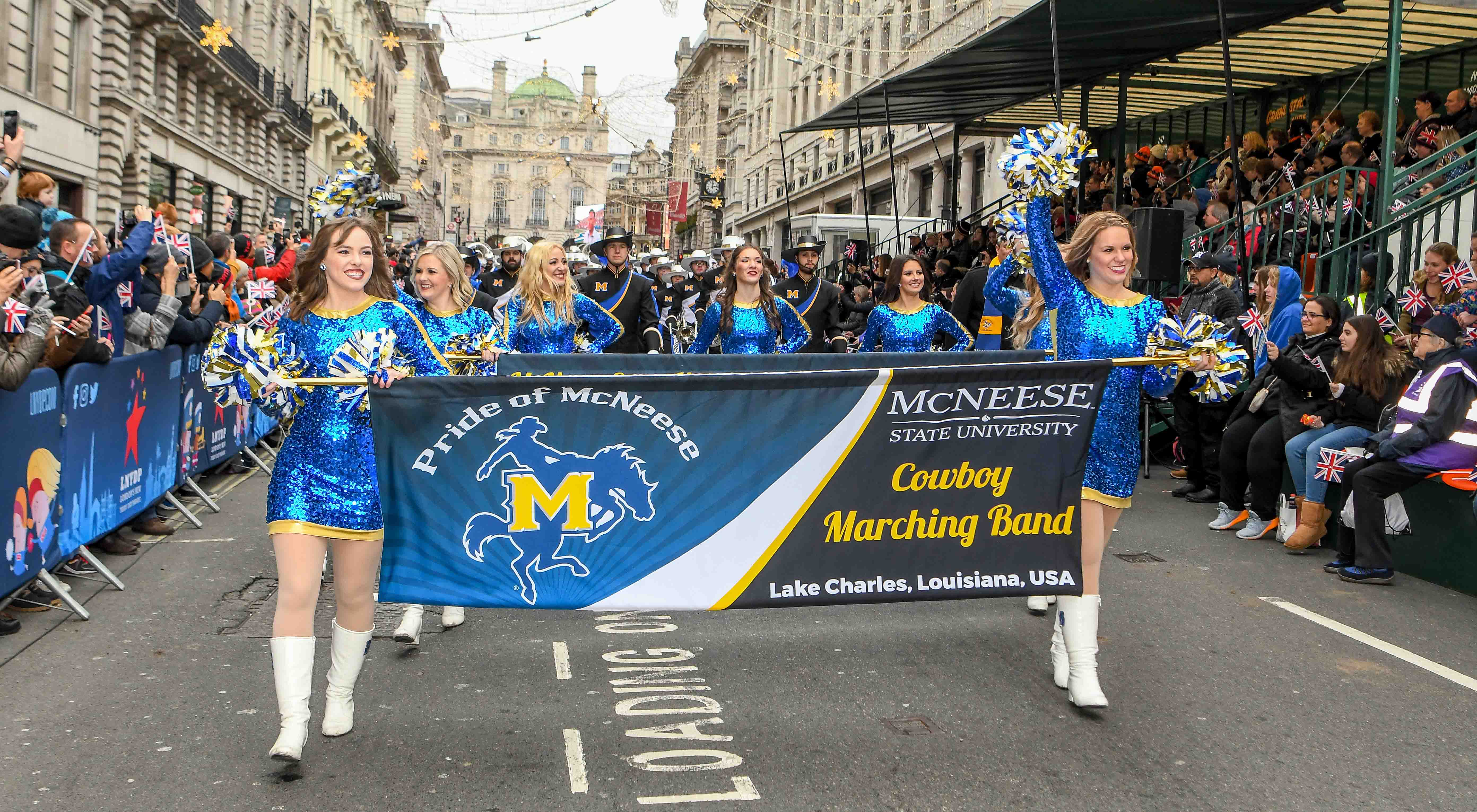 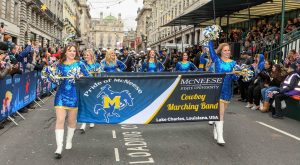 The McNeese State University Pride of McNeese Marching Band and Cowgirl Kickers led the way through the streets of London for the London New Year’s Day Parade and Festival.

Participation in the London New Year’s Day Parade and Festival is by invitation only. The official invitation to this prestigious event came more than a year ago when former Lord Mayor of the City of Westminster and Senior Parade Patron Catherine Longworth – who was representing Queen Elizabeth II – traveled to the McNeese campus in person to present the official invitation.

This historic parade route includes Piccadilly Circus, Regent Street, Trafalgar Square and Whitehall with a final arena adjacent to the Palace of Westminster, Big Ben and Westminster Abbey. Over 650,000 spectators lined the parade route and over 350 million people viewed the TV broadcast worldwide.

To see the band’s performance and watch the entire parade, visit www.lnydp.com