“From the Founding Fathers to Vincent van Gogh” is the theme of the spring 2019 SAGE series, held at 3 p.m. on Mondays in the McNeese State University SEED Center. SAGE offers a series of short lectures and discussions centered on a specific theme each fall and spring. 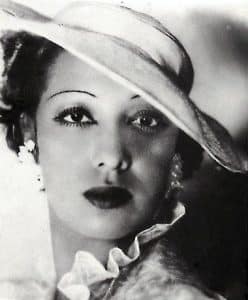 This spring’s series will kick off on Monday, Feb. 4, with “Josephine Baker – Dancer, Singer, Activist, Spy” presented by Brook Hanemann, director of Banners at McNeese, a spring cultural arts series.

Hanemann’s presentation will focus on the life of French-American performer and activist, Josephine Baker. Born Freda Josephine McDonald in 1906, Baker rose to fame as a singer and dancer during the Jazz Age in her adopted home of Paris, France. A celebrity to rival Mary Pickford, Baker was the first black woman to star in a major motion picture, the 1934 French film “Zouzou.” Not content to be just an entertainer, Baker would later help the French Resistance during World War II by smuggling messages on her music sheets. This activist spirit eventually led her to return to her native United States to fight for equality during the Civil Rights era.

Other presentations this semester will feature: