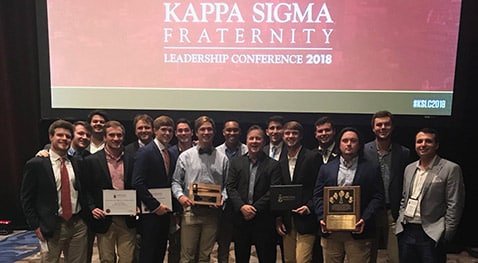 The McNeese fraternity received the coveted the Founders’ Award of Chapter Excellence for the second year in a row. The McNeese chapter was one of 21 chapters among the 320 national chapters to receive this award recognizing outstanding chapter management, achievement and program development.

The chapter also received the Greater Cause for Dollars Award for raising $65,000 for philanthropy, the fourth largest amount among national chapters as well as the 100% Ritual Proficiency Award and the Academic Excellence Award for both fall and spring semesters.

Pottorff, past Kappa Sigma president, was also one of 25 students to receive the Dr. John Ryan Scholarship, which goes to a student who demonstrates excellence in academics, campus involvement and fraternity leadership.