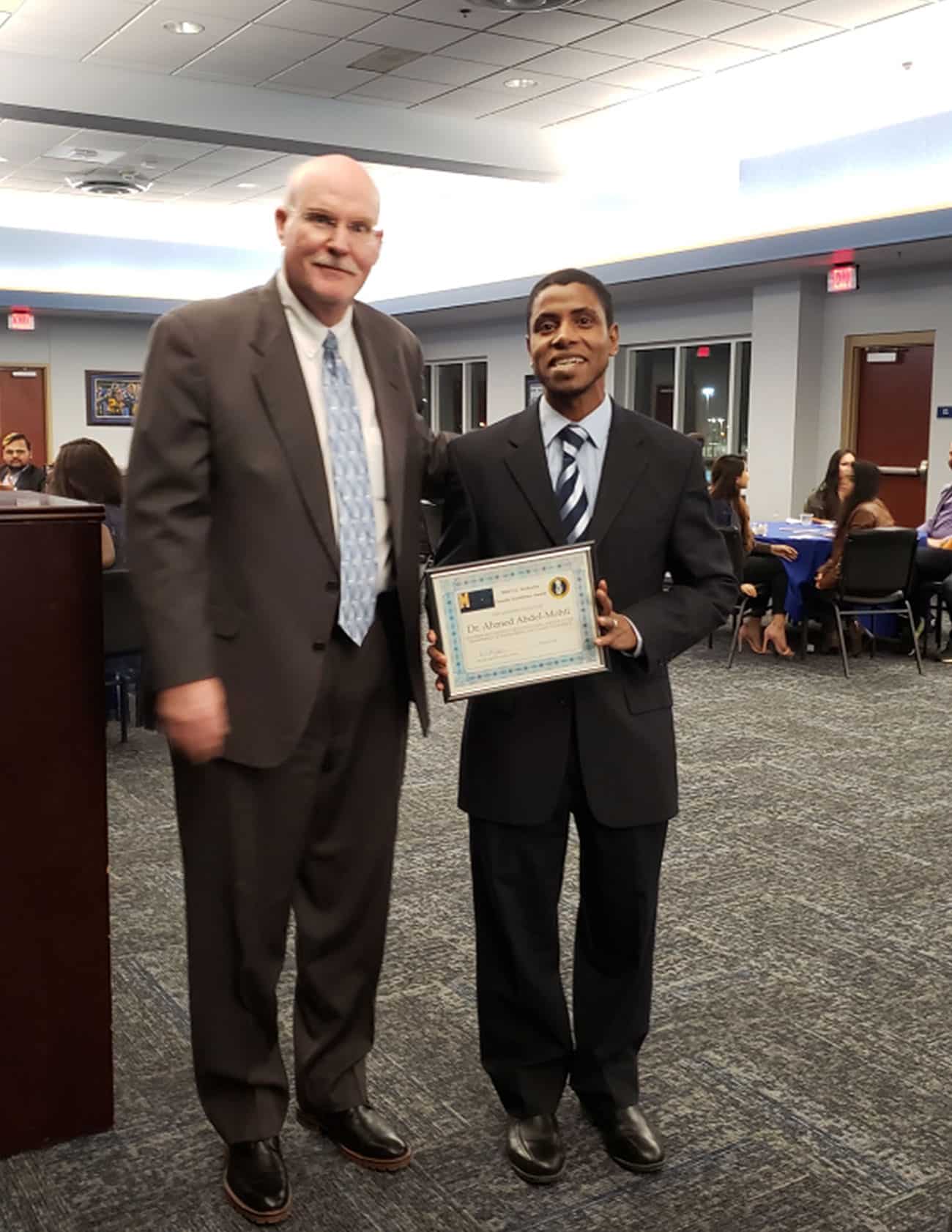 E-Week at McNeese wrapped up with a special banquet sponsored by the Department of Engineering and Computer Science where several students and a faculty member were recognized for their outstanding work.

Named in honor of the late Dr. O.C. Karkalits who served 34 years as the college’s first dean, this award is given to a faculty member in the field of engineering who has demonstrated excellence in teaching, scholarship or service, positively impacted students, colleagues and the McNeese community. The IAB includes representatives from area local industries that provide support and guidance to the college.

Sports Illustrated: The Search for Normalcy in a Football Town Left in a Hurricane’s Devastating Wake