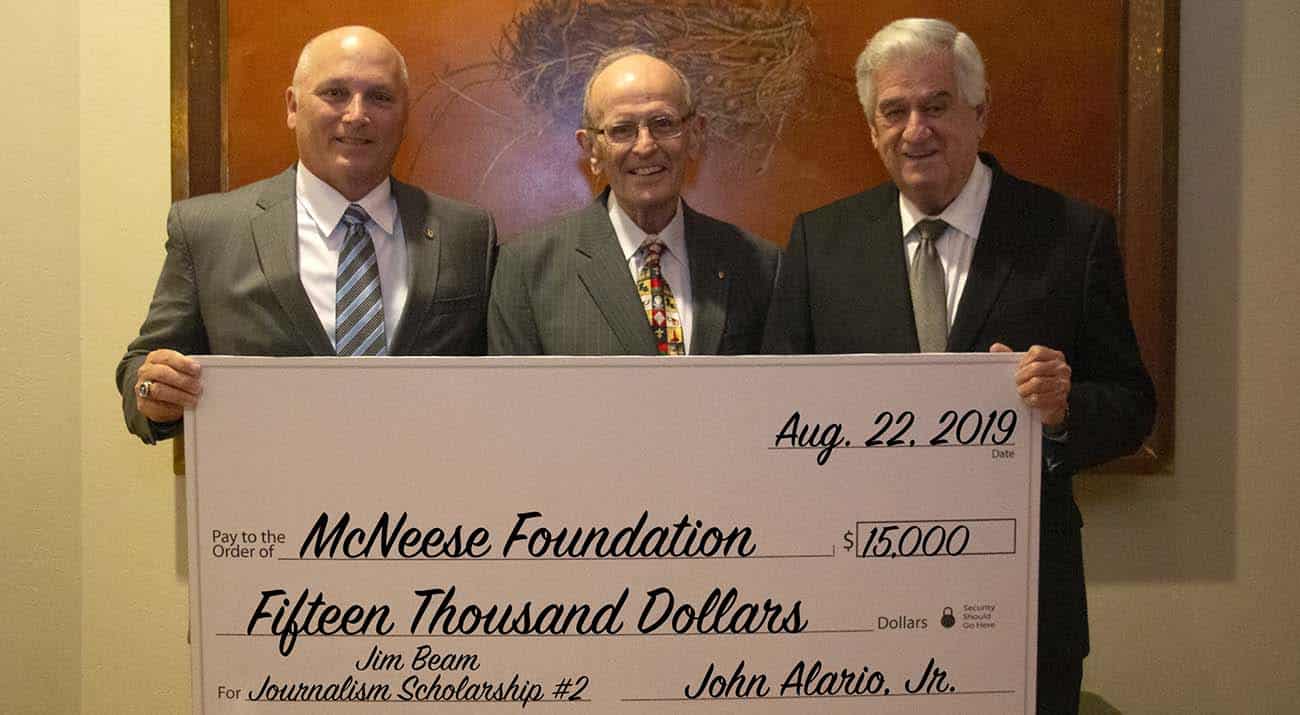 John Alario Jr., president of the Louisiana Senate, has donated $15,000 to the McNeese State University Foundation to establish the Jim Beam Scholarship in Journalism No. 2. This scholarship was established in honor of Jim Beam and his longtime coverage of the Louisiana Legislature as a political columnist for the American Press. Jim began reporting for the newspaper in 1961 and his coverage of the state legislature began in 1968. He became executive editor in 1992 and retired in 1999. Jim is a 1955 secondary education graduate of McNeese.