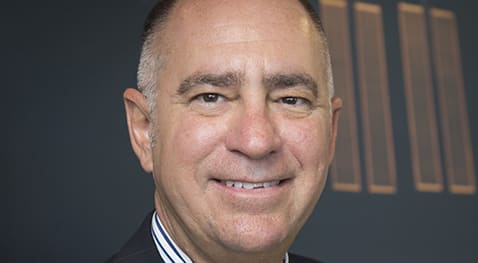 This year’s National Engineers Week (Feb.
17-23) theme is “Invent Amazing,” something that Sam Scimemi, a 1984 mechanical
engineering graduate from McNeese State University, has witnessed during his 33-year
career with NASA.

“I’ve been involved with almost every aspect of
the Space Station from flight software and project management to politics and
international relations,” says Scimemi.

His career may have taken him around the world,
but he credits his time at McNeese as a very challenging experience that
prepared him to work in human spaceflight.

“Mechanical engineering is a very broad field
and incorporates many different parts of science, programming and math,” he
says. “Having that background where you learn how the physical world works and
the importance of working with others has benefited me both as an engineer and
now as a manager and leader.”

At McNeese, he was also involved in student
organizations that were a valuable source for socializing and networking. As a
member and later the president of the McNeese chapter of the American Society
of Mechanical Engineering, he recalls “many of the people I met while attending
the organization’s annual conference became sources that helped me stay
informed about job openings at the Johnson Space Center.”

He also encourages students to take advantage
of internship opportunities. “Your education inside the classroom will always
be important, but working as an intern allows you to put your knowledge to the
test and learn to work as a team. This experience will also give you an idea of
what you can expect when entering the workforce,” says Scimemi.

He hopes the 450 high school students attending
McNeese’s National Engineers Week activities this week and current McNeese engineering
majors will feel confident in their abilities and pursue challenges and goals
they have set for themselves.

“My eighth grade class took a field trip to the Johnson Space Center,” he says. “From that moment on I knew that this was my dream job—the place I wanted to work.”

His determination allowed him to not only join NASA’s team but also paved the way to an out-of- this-world career. “The most important advice I can give is to chase down your dreams…they almost never come to you,” says Scimemi.

Mentorship Changes Lives for a Lifetime