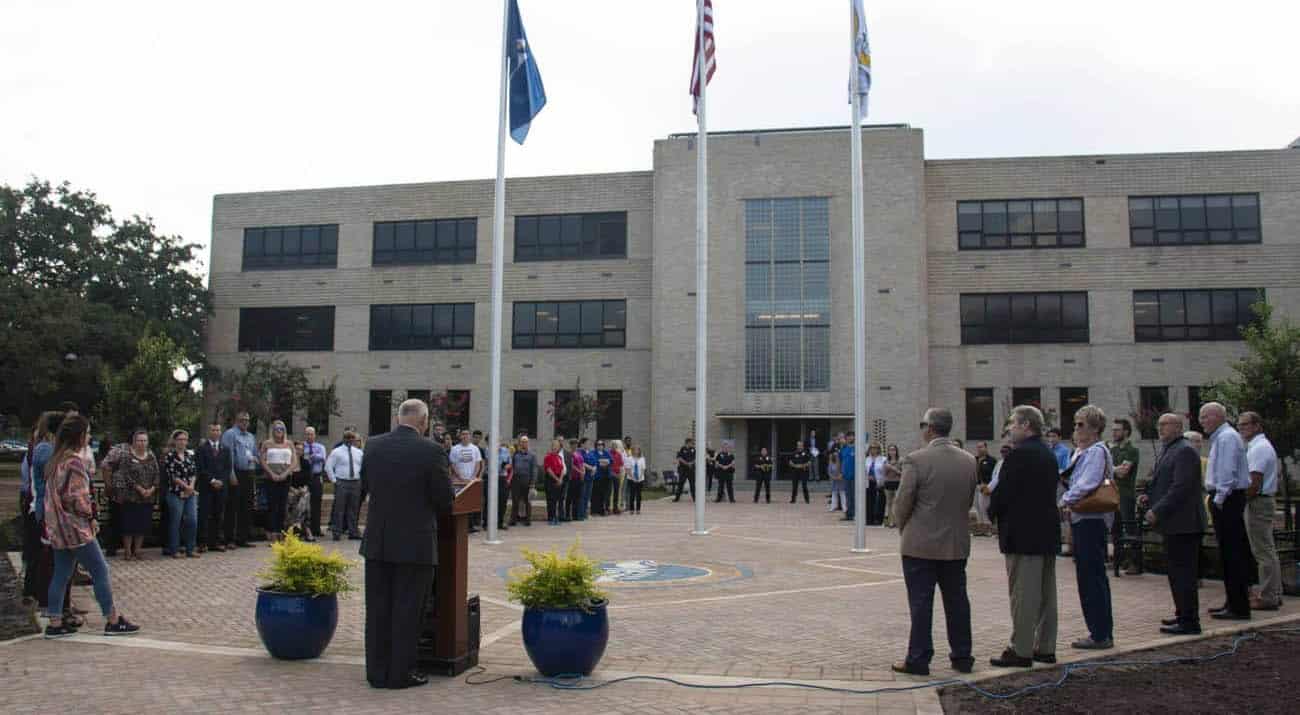 McNeese officially opened its door for classes on Sept. 11, 1939, with 140 students and 13 faculty members in Kaufman Hall, formerly known as the “College Building.” One of the three original buildings on the McNeese campus, the building was renamed to honor community leader, successful businessman, philanthropist and principal organizer of the First National Bank of Lake Charles, Leopold Kaufman, who settled in Lake Charles in 1879.

For many years Kaufman Hall housed classrooms, administrative offices, and the cafeteria. Currently, it is home to the McNeese College of Liberal Arts.

The plaza replaces the former circular drive with a brick courtyard featuring the McNeese seal and park benches, as well as new landscaping. A canopy will also be installed, as well as a new clock on the front of Kaufman Hall.

“The new plaza will serve as a symbolic front porch for the University,” says Dr. Daryl Burckel, President of McNeese.

The Kaufman Plaza dedication was held jointly with Patriot Day, an annual observance to remember those who were injured or died during the terrorist attacks on the United States on Sept. 11, 2001. The ceremony featured a speech from Navy veteran and McNeese Banners outreach coordinator Greg Leute and concluded with the lowering of the American, McNeese, and Louisiana flags to half-mast.