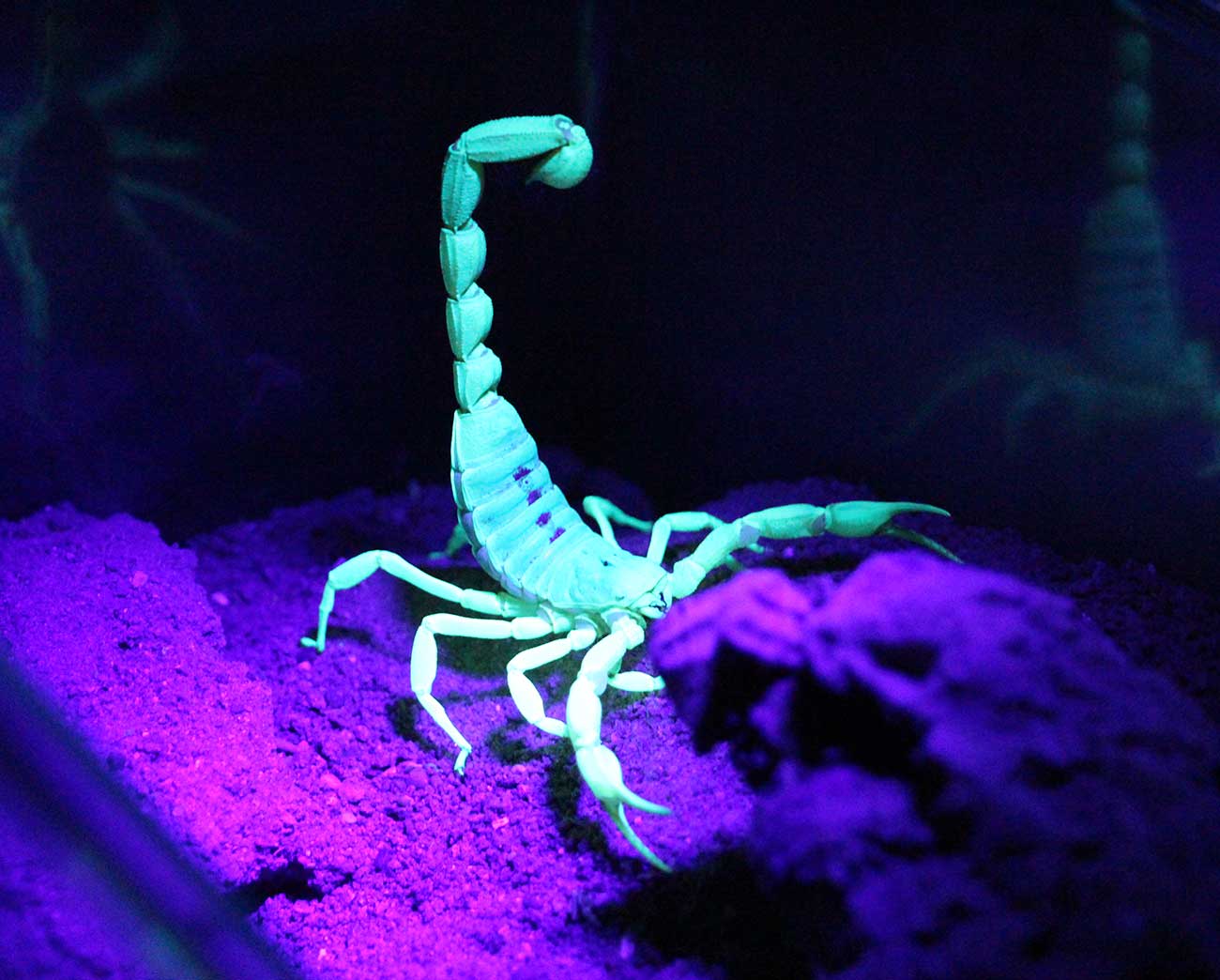 McNeese State University chemistry students are studying the immune systems of desert hairy scorpions. They are the largest scorpions in North America and glow brightly under UV light.

McNeese State University chemistry students are discovering the secrets of the scorpion immune system through a research project headed by professor of chemistry Dr. Mark Merchant.

Their research is focused on the desert hairy scorpion, the largest scorpion in North America. These invertebrates pose no danger to humans and have a number of distinct characteristics: their exoskeletons glow under UV light, and their hemolymph – the fluid equivalent of blood in invertebrates – is bright blue.

Students are evaluating the antibacterial qualities of this hemolymph, including how strongly and quickly it responds to the presence of bacteria and what types of bacteria it can kill.

Merchant, an expert in the field of alligator immunology, says that the scorpion immune system piqued his interest because so little is known about it.

“It is very different from both human and alligator immune systems, but we don’t have a good understanding of it,” says Merchant. “These are ancient organisms, and they use very ancient immune mechanisms. This will be the first characterization of the scorpion immune system ever.”

After Merchant draws hemolymph from the scorpions, students mix solutions of the fluid at various concentrations and “challenge” it with different strains of bacteria. Students then record how the hemolymph responds to the bacteria over three-, six-, nine- and twelve-hour periods and plot the results for analysis. All of this, Merchant says, will eventually result in a paper he and the students co-author together.

Chemistry junior Seth Aucoin, from Lake Charles, has been working on this project for over eight months.

“It’s been a great learning experience and it’s very interesting to be able to study something that isn’t well understood,” he says. “I’ve learned a lot about technique and handling samples, which will translate into whatever scientific discipline I choose.”

Through this process, Merchant says, students learn how to conduct research, design experiments with the right controls, analyze data and conduct statistical analysis to see if results are significant. “It’s kind of an all-inclusive research project.”

So far, Merchant says they have found components of the hemolymph called antimicrobial peptides that quickly and effectively protect scorpions from infections. Further study could reveal the potential for synthesizing new antibiotics for human use from scorpion hemolymph.

“If the project shows promise, we can keep building off of it,” Merchant says. “There are almost two thousand species of scorpions that we could study, or we could look at other arthropods next. We’re excited about where this research could lead.”