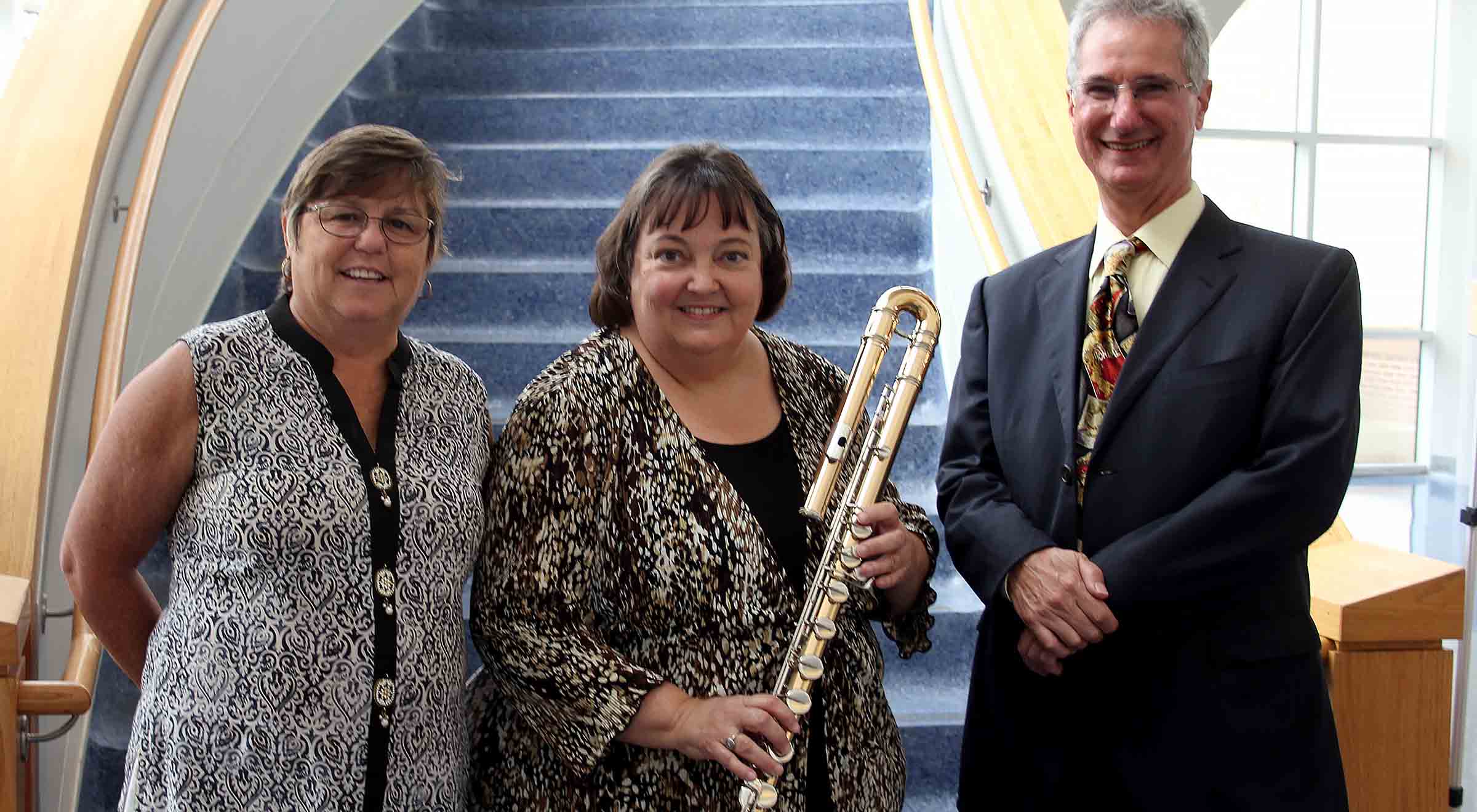 Catherine and David Robbins, of New Orleans, have donated a bass flute valued at over $8,000 to the McNeese State University W.A. and Dorothy Hanna Department of Performing Arts through the McNeese Foundation.  On hand for the presentation are from left: Catherine Robbins, Dr. Judy Hand, associate professor of flute, and David Robbins.

David and Catherine Robbins, of New Orleans, have donated a bass flute valued at over $8,000 to the McNeese State University W.A. and Dorothy Hanna Department of Performing Arts after hearing a McNeese faculty member perform at a national flute convention this summer.

“The couple heard me play on the program at the 2017 National Flute Association convention in Minneapolis in August,” said Dr. Judy Hand, associate professor of flute. Hand performed a program dedicated to the flute works of the late composer and McNeese colleague Keith Gates.

“The next day they contacted me,” explained Hand. David, who is an amateur flute player, had just purchased a new bass flute and they both immediately thought about donating his old instrument to McNeese since they had attended Hand’s program.

Catherine and David are firm believers in the importance of music as they both were involved in school band programs as well as their sons, according to Hand.

“The couple always makes donations to educational institutions, and after my program, they decided this flute would go to McNeese, since it was a Louisiana university,” said Hand. “We are thrilled with their generous donation since bass flutes are prohibitively expensive, but essential to the sound of a good flute choir.”