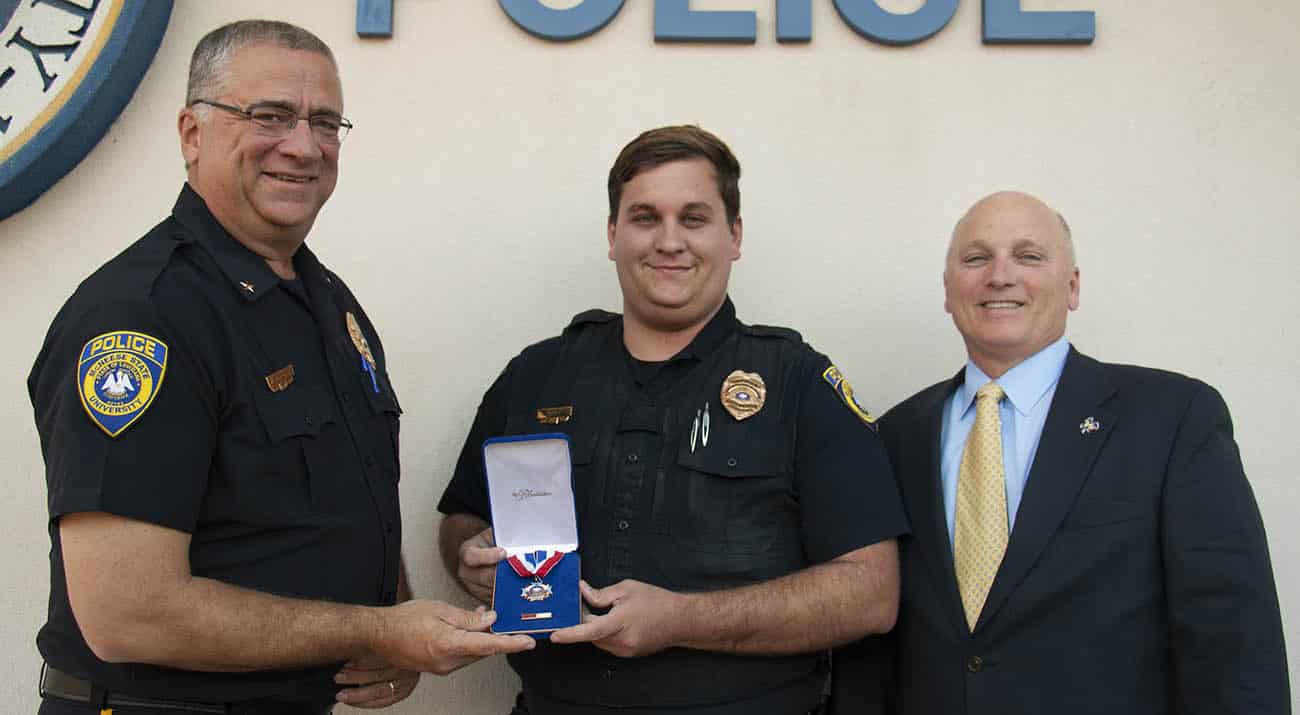 McNeese Police Officer John Gill was recently presented with a commendation from McNeese Police Chief Will Scheufens and a presidential coin for his heroic action that saved an infant’s life.

While he was on duty during the Homecoming parade, a panicked gentleman jumped out of a vehicle and handed Officer Gill an infant who was not breathing. The officer quickly took steps to dislodge an obstruction in the baby’s throat. Immediately, the infant’s airways were cleared and the baby was breathing normally when an ambulance arrived.