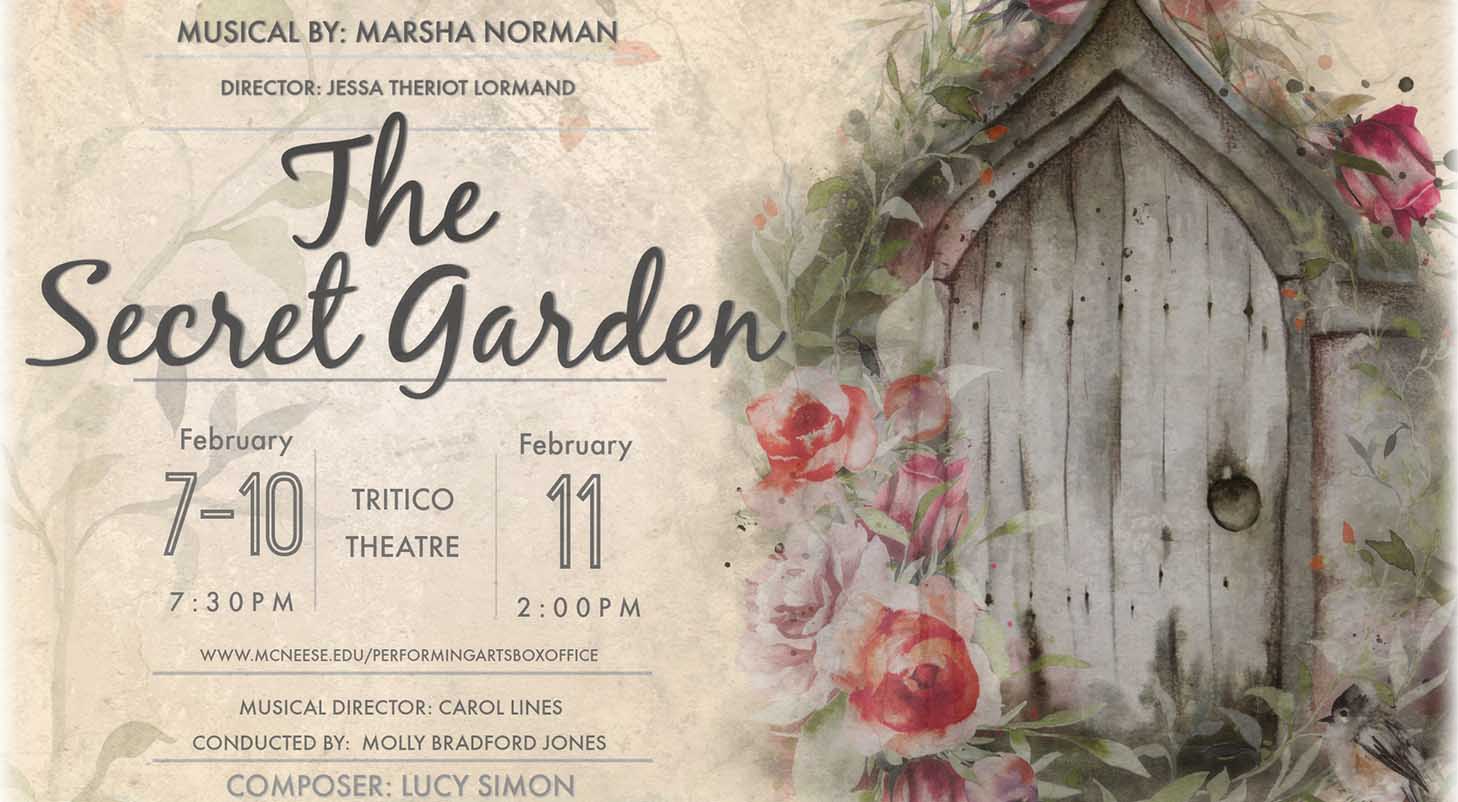 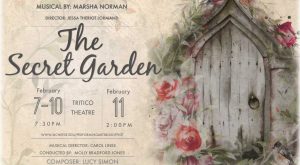 “The Secret Garden” is a Tony Award-winning musical based on the classic 1911 novel by Frances Hodgson Burnett. The script and lyrics are by Pulitzer Prize winner Marsha Norman, with music by American composer and Grammy winner Lucy Simon.

Set in the early 20th century, the story begins in British-controlled India, where young Mary Lennox is orphaned by an outbreak of cholera that kills her parents. Sent to live with her uncle, Archibald Craven, who resides in a secluded manor on the British moors, Mary struggles to make a place for herself in the unhappy home by bringing to life an abandoned and locked away garden. Determined to revive the beauty that once was, Mary’s work to revive this “secret garden” begins to clear away the sadness that covers her new home and her own past, helping her, and her new family, to blossom.

Director is Jessa Theriot Lormand, while Dr. Carol Lines is musical director and Molly Bradford Jones is the conductor.

Ticket prices are $15 for adults, $10 for McNeese faculty/staff, senior citizens, K-12 students and teachers, and free for McNeese students with a current ID.

For tickets or more information, call 337-475-5040 or go online at www.mcneese.edu/performingartsboxoffice.

McNeese Nursing Professor to be Inducted into LSNA Hall of Fame