His recital program is titled “When I Think of Home. . .”  “This program is the story of a young bright-eyed black kid from the South who found classical music in college and never looked back. This show is filled with some of my favorite songs performed in recitals at McNeese and short monologues chronicling my time there,” said VanNess. 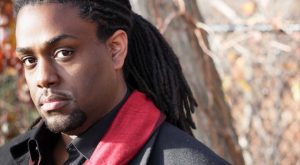 He will be singing selections by Beethoven, Strauss, Sondheim, Duparc and more. He will be accompanied on piano by James Myers and joined on stage by McNeese alumnae Sarah Callahan, mezzo soprano, Geralyn Mitchell, soprano, and Alli Partin Villines, soprano.

VanNess has sung with numerous opera companies throughout New England and in Italy and has an active career as a concert soloist. His concert credits include Handel’s “Judas Maccabeus” and “Messiah,” Bach’s Cantata 131, Scott Joplin’s 100th Anniversary of his opera “Treemonisha,” an Aria concert and Christmas concerts with the Lake Charles Symphony, Reagle Theatre and The Salem Philharmonic.

He has also been a guest soloist for the Robert F. Kennedy Children’s Action Corps Embracing the Legacy Awards and has been involved in numerous fundraising events for this organization.