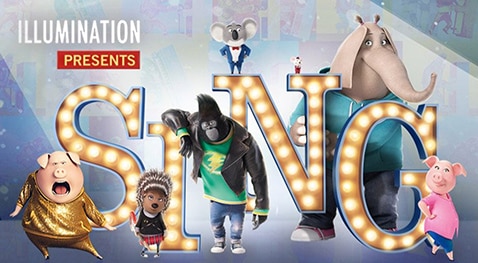 Banners at McNeese State University will present a free screening of the 2016 animated family film, “Sing,” at 3 p.m. Sunday, April 28, in Stokes Auditorium in Hardtner Hall.

Seats are available on a first-come, first-served basis. Banners is supported by ticket sales, memberships, corporate sponsors and grants. For more information about the program, visit the Banners website at www.banners.org or call the Banners office at 337-475-5123.