McNeese 67th Annual Rodeo To Be Held At to Burton Coliseum 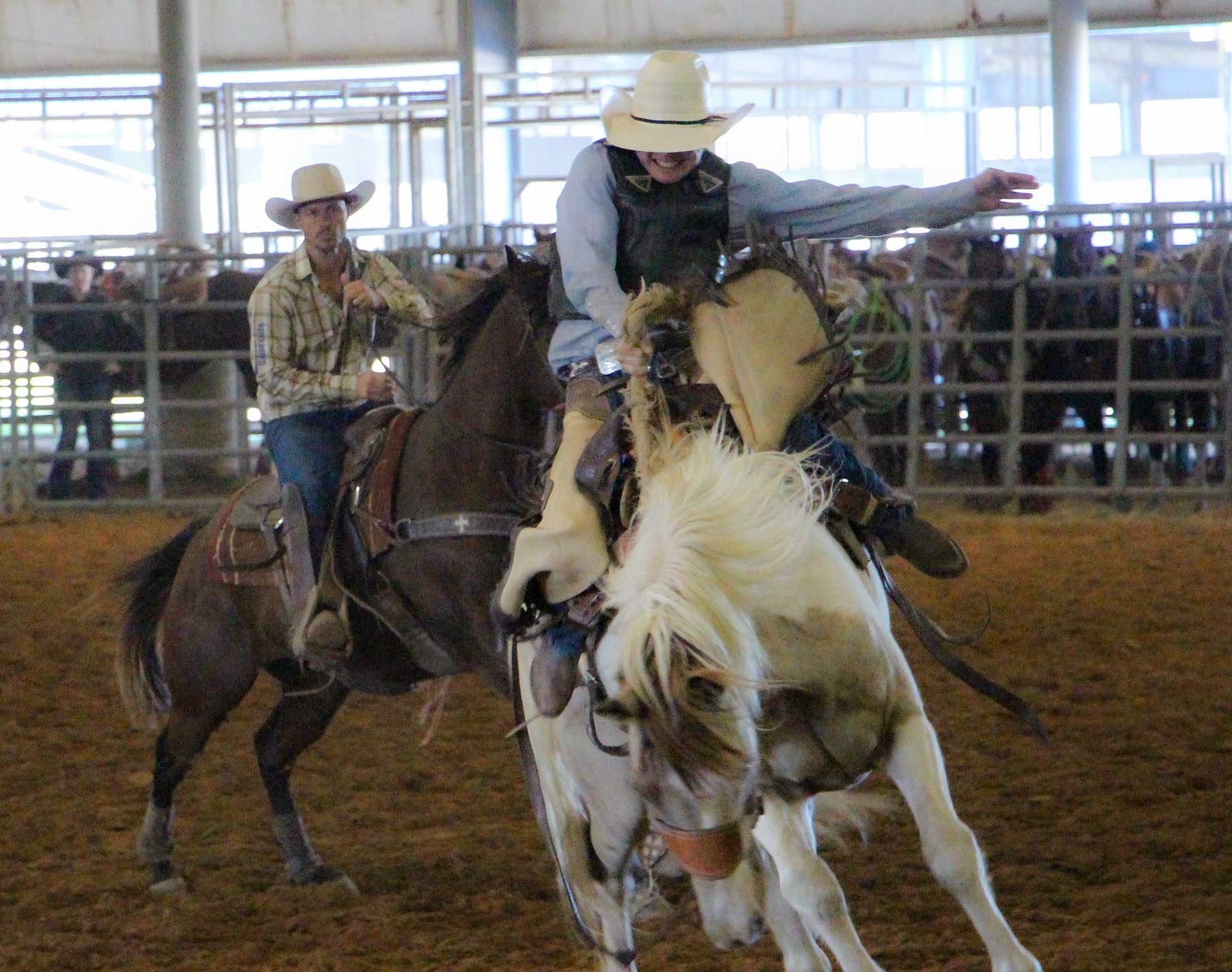 The competition begins on Friday, Oct. 29, with the slack at noon and performances at 7:30 p.m. and resumes Saturday, Oct. 30, with the slack at 9 a.m. and performances at 6 p.m. Tickets for the McNeese Rodeo are $10 and admission is free for children ages 5 and under. McNeese students get in free with a valid ID. Tickets can be purchased at the gate.

With more than 300 collegiate athletes representing 13 colleges and universities competing in the Southern Region of the National Intercollegiate Rodeo Association (NIRA), the McNeese men’s team currently ranks first in the region and the women’s team is in second place.

The rodeo team has competed in three rodeos this fall as part of the NIRA’s Southern Region competition – the Panola College Rodeo in Tatum, Texas, the Southwest Texas Junior College Rodeo in Uvalde, Texas, and the Northeast Texas Community College in Mount Pleasant, Texas.

For more information about the McNeese Rodeo, call 475-5690.