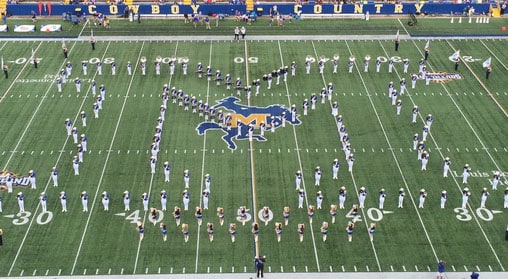 Bands will be adjudicated by a panel of music educators from Louisiana, Georgia, Alabama, and Pennsylvania and will receive written and recorded comments, a festival rating and overall Top 5 competitive rankings.

The Pride of McNeese Marching Band and the Cowgirl Kickers dance team will conclude the event with exhibition performances of their pregame and halftime shows at 9:15 p.m.