Share on FacebookShare on TwitterShare on LinkedInShare on Email
November 26, 2019 | McNeese Public Relations 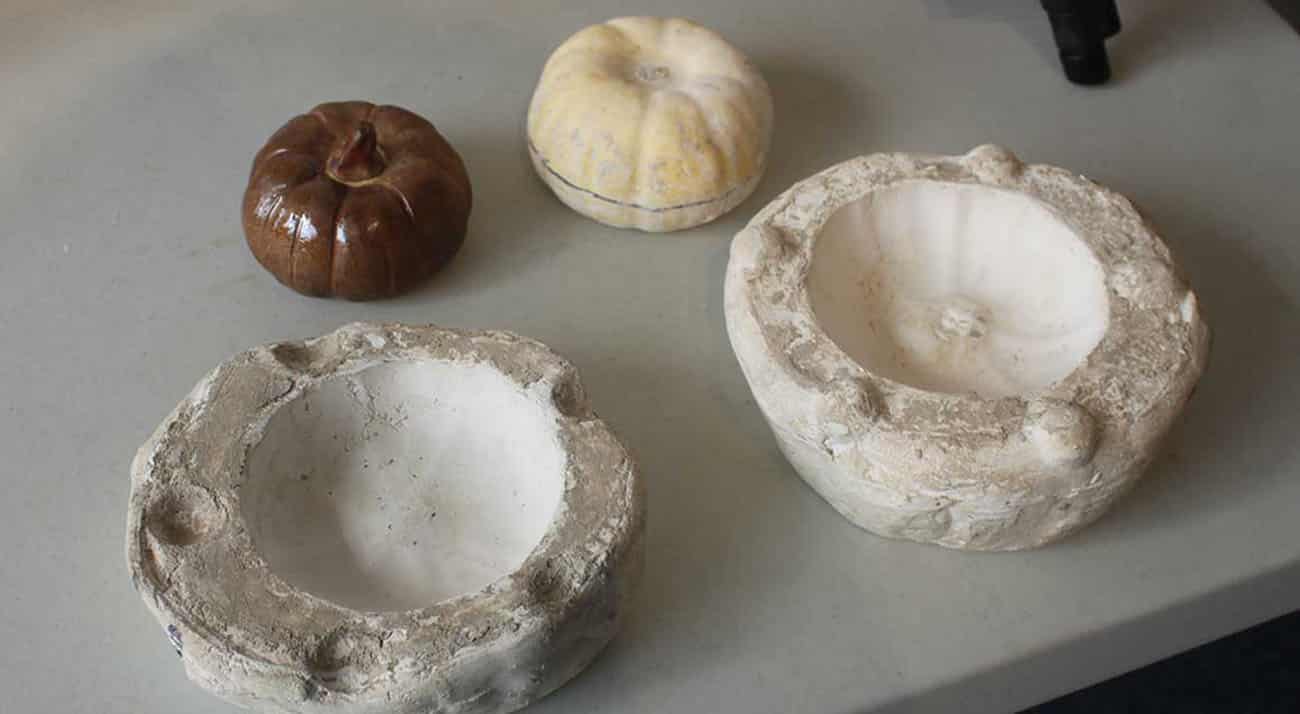 The McNeese State University Department of Visual Arts hosted a special ceramic art giveaway and food drive to highlight the problem of food waste and hunger.

“What inspired me to do this project was teaching my students that art can be more than just an object on a wall or on a pedestal. It can also be an agent to create social change,” says professor of art Ken Baskin.

“Since Thanksgiving is coming up, we decided that food waste is a great topic since it’s such a significant problem. More than 30% of the food we grow annually worldwide is wasted and we have more than 7 billion people on the planet. If we stop wasting food, that’s a good start to helping feed everyone. And since global change starts locally, we planned this exhibit to help bring attention to the issue,” adds Baskin.

Approximately 300 of the replicas were placed inside special decorative waste receptacles for the exhibit. Students and faculty were invited to trade a canned good or other non-perishable food item for a ceramic piece of their choice. Informational posters about the problem of food waste and tips to prevent food waste were also on display.

Biological sciences sophomore Laibah Chaudhry says that the installation is an important step to raising awareness. “The average person wastes 20 lbs. of food per month. That’s a lot of food, while there are other people that don’t have the ability to eat every day. It’s important for people to realize and acknowledge this is going on.”

The Department of Visual Arts hosted a similar event in April. Faculty and students had the opportunity to pick up and keep ceramic replicas of plastic bottles that had once littered Lake Charles. That exhibit was intended to raise awareness about the harm plastic waste causes the environment and the need for recycling in Southwest Louisiana.

Thanks to the overwhelmingly positive response, Baskin says he’s hoping to repeat the event this coming spring. “We would like to expand these exhibits and hopefully get the community and the city involved,” he says.

“This is important to have an exhibit like this campus to get students our age involved,” says engineering freshman Lucah Broussard. “Students might not know as much about these issues as we should and this is a great way for people to learn.”

All food collected from the drive was donated to Abraham’s Tent in Lake Charles.