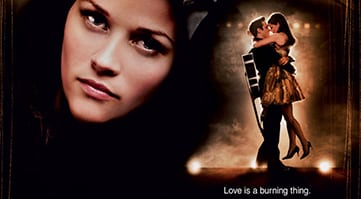 For the first film of the 2018 season, Banners at McNeese State University will present a free public screening of “Walk the Line” at 3 p.m. Saturday, March 10, at Stokes Auditorium in McNeese’s Hardtner Hall. 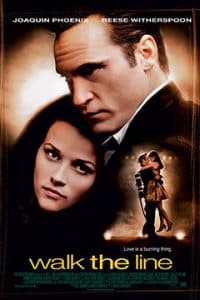 The 2005 film tells the story of the rise of country music legend Johnny Cash (Joaquin Phoenix), beginning with his boyhood growing up on the family farm and also covering his romance with June Carter (Reese Witherspoon) and his ascent to the top of the country music scene.

The film was directed by James Mangold and was based on two autobiographies written by Cash. It received rave reviews and was nominated for five Oscars, including Best Actor (Phoenix) and Best Actress (Witherspoon, who won).

The Los Angeles Times wrote, “Joaquin Phoenix and Reese Witherspoon do first-rate work — they sing, they twang, they play new-to-them instruments, they crackle with wit and charisma and they give off so much sexual heat it’s a wonder they don’t burst into flames.”

Banners is supported by ticket sales, memberships, corporate sponsors and grants. For more information about the program or tickets, visit the Banners website at www.banners.org or call the Banners office at 337-475-5123.