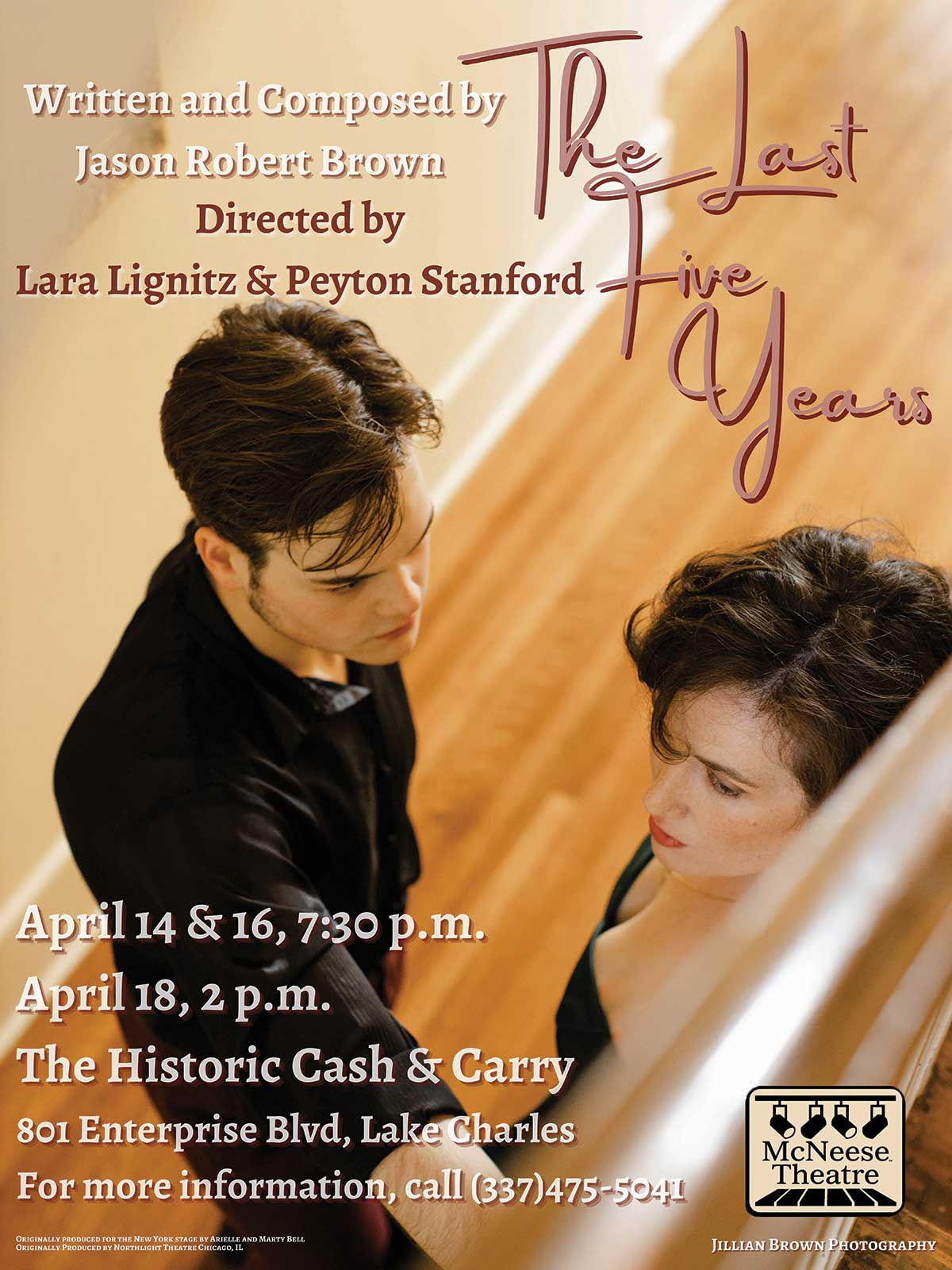 The McNeese State University Bayou Players will present the musical, “The Last Five Years,” on Sunday, April 18, at 2 p.m.