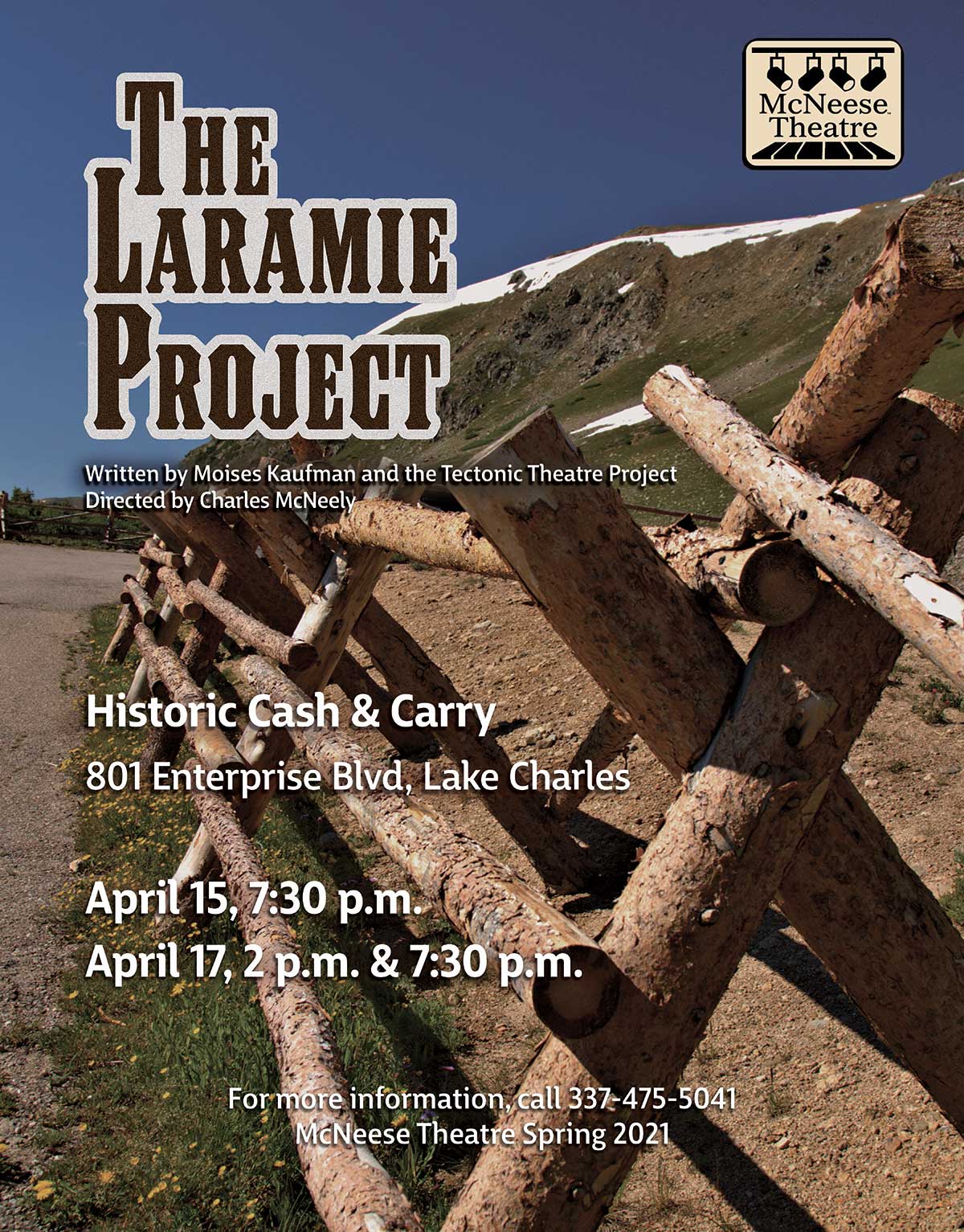 McNeese State University will present “The Laramie Project” on Saturday, April 17, at 2 p.m. and 7:30 p.m. All performances are open free to the public and will be held at the Lake Charles historic Cash & Carry Building at 801 Enterprise Blvd. Donations will be accepted.